Port of Montreal records its highest ever cargo volumes 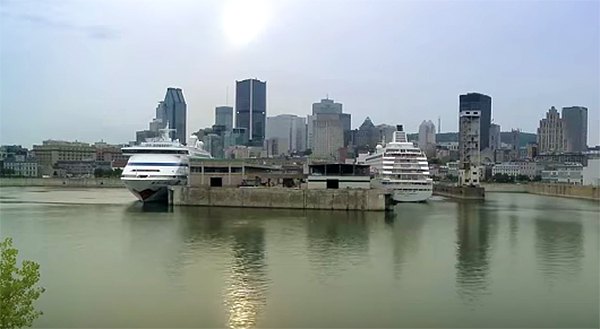 The Port of Montreal announced that it handled about 38 million tonnes of freight in 2017. This is a historic record for the Port of Montreal, as the figure represents an increase of almost 7% in cargo traffic.

Furthermore, the cruise sector saw positive results as well, as the Port of Montreal achieved a cruise traffic record. Namely, in 2017, Montreal welcomed more than 114,517 cruise passengers and crew members, a 33% increase over the previous year.

The cruise sector stood out the inauguration in June 2017 of the new Cruise Terminal. Then, MPA launched the first ever Port Center in Quebec with the opening of History of Ships, the free exhibition that recounts Montreal’s port history in models and stories.

The MPA was further developed in 2017, with the new container terminal at Viau having completed its first full year of operations. The new terminal will make possible the handling of 600,000 twenty-foot equivalent units (TEUs) and will provide $340 million in economic benefits annual along with 2,500 direct and indirect jobs.

In September, the MPA submitted its Environmental Impact Statement for its 1.15 million TEU container terminal project at Contrecoeur: “This key project for the future of the container in Montreal and Quebec is based on the steady growth of containerized cargo in recent decades. It grew out of extensive dialogue and cooperative efforts with the local community,” said MPA President and CEO Sylvie Vachon.

The announcements were made during the Gold-Headed Cane ceremony. During this, Captain Rakesh Kumar, Master of the Ottawa Express, the first ocean-going vessel to reach the Port of Montreal without a stopover in 2018, was awarded.