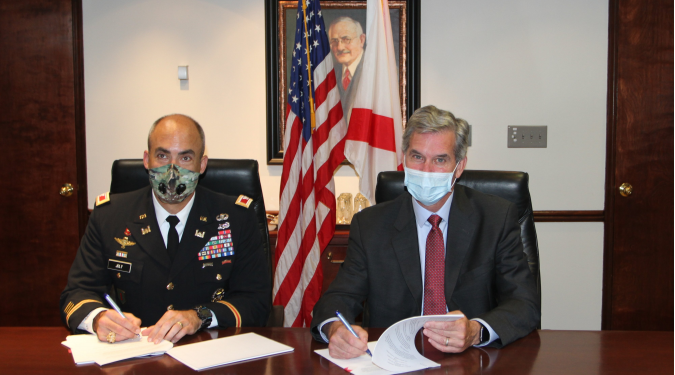 Alabama State Port Authority along with the U.S. Army Corps of Engineers shake their hands and inked an agreement in order to enhance the channel’s widening and deepening project at Port of Mobile.

Through the signed agreement both sides will focus on the deepening and widening initiative at the Port of Mobile, an investment which values approximately $365.7 million.

What is more, the construction process is expected to start by the end of 2020 and is estimated to be fully completed at 2024 or early 2025.

Moreover, the collaboration will further allow the Corps to move ahead with contracting and construction to deepen the port’s navigation channel to 50 feet.

In light of the situation, Sen. Richard Shelby (R-AL), a longtime advocate for harbor improvements at Mobile noted:

The completion of this historic project will transform Alabama, expanding economic opportunities throughout our state and the region. Further, the modernization of Alabama’s primary port will increase the United States’ competitiveness in the global market.

Furthermore, under the terms of the project, both sides will will explore innovative ways of executing dredging in a logical, sequenced manner, unconstrained by more traditional project-specific, account-specific, or single-year work plans.

The Port of Mobile is now poised to become a major hub for export activity, and this is yet another giant step forward in supporting our industries in the Americas and beyond.