Port of LA just now on pace with 2018 record year 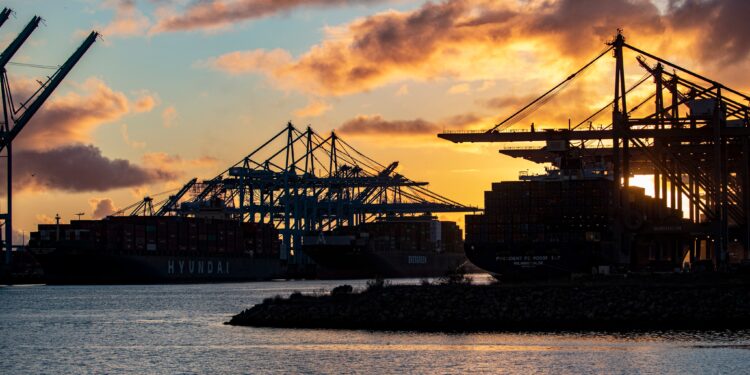 After 11 months of 2019, total volumes have increased .4% in the Port of Los Angeles- America’s premier port- compared to its record-braking 2018. In a statement, it is said that the Port moved 728,918 Twenty-Foot Equivalent Units (TEUs) in November, a 12.4% decrease compared to last year.

Specifically, November imports decreased 12.2% to 371,350 TEUs compared to last year; whereas exports declined 9.2% to 138,545 TEUs- constituting the 13th consecutive monthly decline for exports. It is added that empty containers registered a decline of 14.8% to 219,024 TEUs as well.

According to the Port of Los Angeles Executive Director Gene Seroka, the volumes weakening was to be expected

due largely to the U.S.-China trade war which continues to negatively impact American consumers, manufacturers and U.S. supply chain jobs.

Although it is estimated that tariffs will remain well into 2020, The Executive Director stated that “we will continue to aggressively invest in our physical and digital infrastructure through this economic cycle.”

The new US tariffs were imposed on the 1st of September, when China followed, imposing a 5% tariff on US crude for the first time.

In light of this development, the US West Coast ports –  Port of Long Beach, Port of Los Angeles, Port of Oakland, Port of Portland, Port of Seattle and Port of Tacoma – had previously warned the US President that the tariffs would seriously affect the ports’ operations and trade, as the 38% of all US exports to China by value are transmitted through the six ports.