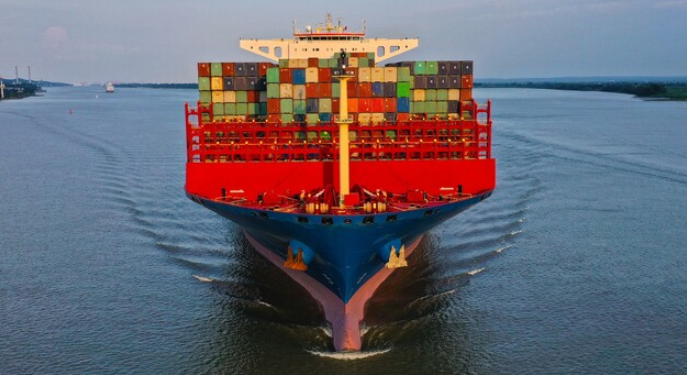 Port of Hamburg remains on a growth course, achieving a 4.1% advance to 69.4 million tons in seaborne cargo handling in the first half of 2019. Especially good growth trend in the general cargo segment, up 6.1% at 48.4 million tons, was the main contributor to the excellent figures for total and container handling.

The overall for bulk cargo handling was just 0.3% less than last year’s first half at 21.0 million tons.

The 7.5% growth in container handling to 4.7 million TEU is mainly due to the four new liner services that have linked the Hanseatic City with ports in the USA, Canada and Mexico since the start of the year. The 283,000 TEU handled in Hamburg on container services with the USA since the beginning of the year took the United States into second place among Hamburg’s most important partners for container services.

During the first half, the number of container vessels calling Hamburg also rose. The 3,046 container ships berthing in the Port of Hamburg represented an increase of 3.7%. Among these were 89 ultra-large container carriers or 36.9% more, with a slot capacity of 18,000 TEU and over.

The Port of Hamburg is an important industrial location, with total value added of 21.8 billion euros of immense significance for the entire German national economy.

For the second half of the year, against a background of repercussions on world seaborne trade that is influenced by the current trade and currency disputes between the USA and  China, Port of Hamburg Marketing’s two Joint CEOs expect total growth of 4% in seaborne cargo throughput, and one of between 5-6% on container handling. 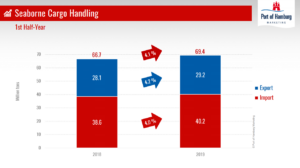