Port of Gothenburg’s new terminal to be operational soon 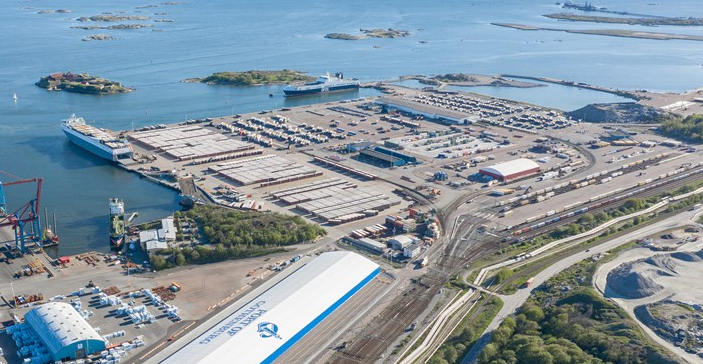 Port of Gothenburg’s new transshipment terminal known as “Svea Terminal” will be soon fully operational, as it is expected to open its doors during autumn.

According to the Port of Gothenburg authorities, the new terminal will offer 45.000 square metres of storage space.

Around half the area, 21.600 square metres, is covered by the world’s largest storage tent, which was recently erected.

For the records, Svea Terminal will be located between the Port of Gothenburg container and ro-ro terminals, while it will receive forest products via rail from Swedish mills and then transfer them to containers for onward transport.

At the same time, Svea Terminal is expected to drop the whole of the port’s carbon emissions by 70% until 2030.

One of the ways of achieving this goal is to continue investing offensively in the Railport concept in an effort to increase the proportion of rail-borne freight even further, the port sated.

The Terminal will increase rail capacity even further and we will be able to double forest product volumes arriving at the port by rail. It also means that we can reduce the port’s climate footprint and provide further conditions that will allow our customers to make climate-smart choices.