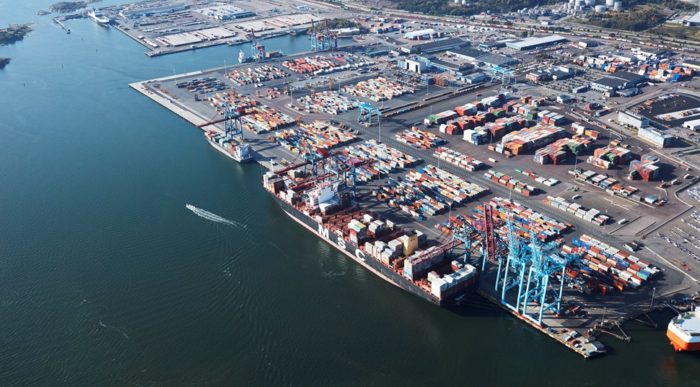 The Gothenburg Port Authority released its Sustainability Report for 2017, "Sustainable Port". The report notes that the labour disputes caused a fall in container volumes and affected the number of direct calls. However, record-breaking figures have been reported for cars, Ro-Ro units and energy products.

In the report a new value chain has been produced. The value chain clarifies the areas in which the Gothenburg Port Authority works, but also the import and export flows between these areas.

"Sustainable Port" noted that a dispute at the Container Terminal has affected industry flows, with a decrease in container volumes. However, record-breaking figures have been reported for cars, Ro-Ro units and energy products. There was also a focus on new maritime fuels during 2017, and port tariffs were frozen for the fourth year in succession.

Furthermore, the Port worked on environmental initiatives. This included the creation of "newt hotels" - a special hibernation habitats for the protected crested newt. During the year, the Port of Gothenburg became a sponsor for a beehive, in order to increase numbers among endangered honey bees.

We continued during 2017 to insist that account be taken of social implications as part of the procurement process with our suppliers, and we managed to exceed the target set for the year by five per cent. This work is aimed essentially at urging contractors to assume greater social responsibility.

See more in information the PDF below