Port of Gothenburg preparing for Brexit 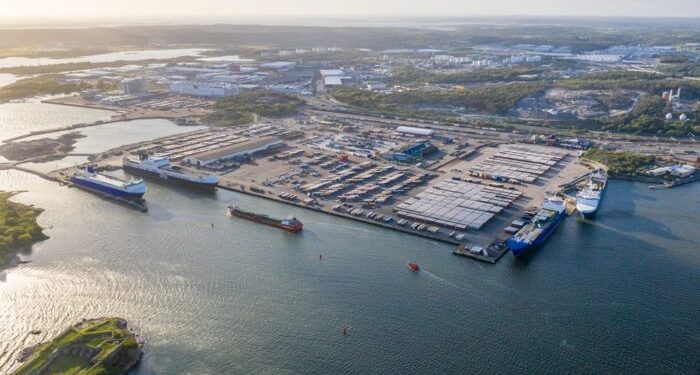 Above image is used for illustration purposes only / Credit: Port of Gothenburg

With the UK set to leave the EU on Thursday, October 31, the Port of Gothenburg is getting ready to deal with the effects and consequences it will incur for ship freights between Sweden and the UK and the handling of non-UK bound freight at the port.

As the day of the UK’s departure from the EU is approaching, a ‘soft’ or ‘hard’ Brexit does not matter; the UK will be classed as a ‘third country’ in relation to EU countries such as Sweden and the the EU will accordingly apply third-country regulations to the UK, such as tariffs, customs controls, and verification of compliance with EU rules governing the nature and quality of goods.

In fact, the Gothenburg Port Authority chief executive, Elvir Dzanic stated that “the exporter must ensure its goods are ready for clearance through customs before they reach the Port of Gothenburg and our terminals. That is the message we are sending out to the market. If an exporter does not have everything in place, they won’t get in to the port. The same principle applies to imports from the UK – goods that are not ready for clearance before they are shipped to Sweden risk getting stuck at our terminals.”

The chief executive further commented that major players are well prepared and it is rather smaller businesses that will be affected. It was also stressed that everyone is expected to be prepared and have all appropriate customs documents in order when going through the port.

We don’t believe there will be queues at the terminal gates. If there are problems, they will occur earlier in the system – at the main Port Entry gate for example – where we need to be prepared. As a contingency, we have identified a number of areas in the vicinity of the port where trucks may need to be temporarily parked pending clearance.

It was lastly highlighted that the shipping industry should remain calm, as panic will not have any benefits as the implications Brexit will have are still uncertain and no one can know exactly how things will be until it happens.

The chief executive believes in the ability of the logistics market to master any quick fixes in order to adapt to a new situation.

Other ports that have already begun their preparations in light of the upcoming Brexit are the port of Rotterdam, Antwerp, Gibraltar, Hamburg and Belgian Zeebrugge.