Port of Gothenburg container freight volumes up by 17%

Port of Gothenburg has published its 2018 freight figures. Container volumes rose by 17% compared with the previous year. Energy products, intra-European ro-ro units and new cars all decreased by 1%, albeit in relation to the high comparative figures for these three segments in 2017. 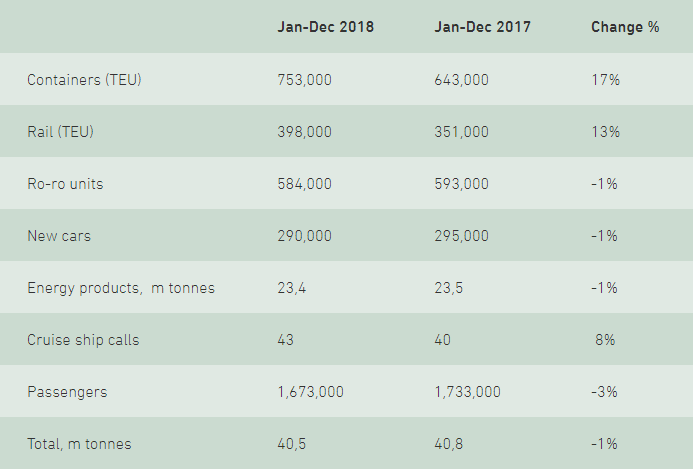 During 2017, the number of new cars passing through the port was the highest for 10 years. Despite the reduction by 1% , the figures for 2018 show that volumes remain consistently high.