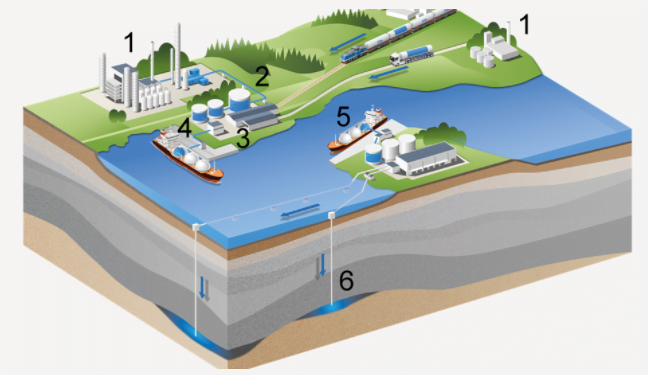 The Swedish Energy Agency has approved the partial funding of the collaborative project CinfraCap, bringing the region a step closer to a carbon capture infrastructure at the Port of Gothenburg.

The capture and storage of carbon dioxide is one of the most important means at our disposal in the drive towards radically reducing carbon emissions.

During 2020-2021, the CinfraCap project embarked on a preliminary study that revealed that a joint logistics and infrastructure solution for the transport and interim storage of carbon dioxide from factory gate to quayside would be feasible.

“The infrastructure at the Port of Gothenburg could be of crucial significance to the transport of captured carbon dioxide from the entire country to a sub-seabed repository. I’m pleased to report that we have now received notification that the Swedish Energy Agency will provide partial funding, allowing us to continue working on phase two of the project,”…said Anna-Karin Jannasch at Nordion Energi AB, who is sub-project manager for CinfraCap.

“There will be a focus on estimating charges for using the various parts of the infrastructure, including the liquefaction plant and interim storage facility, as well as developing an effective business model for CinfraCap. Throughout this process due account is taken of the other parts of the value chain and harmonisation with the rules and regulations surrounding CCS/Bio-CCS will be assured at all times.”

The true potential of CinfraCap became apparent during the preliminary study in spring 2021. Using the parties’ fully expanded facilities alone it is estimated that around two million tonnes of carbon dioxide can be stored each year. This is equivalent to 75 per cent of emissions generated by domestic transport in the Västra Götaland region.

By making the infrastructure accessible to all – known as third-party access – we are convinced that the CinfraCap infrastructure will contribute to achieving further significant reductions in carbon emissions. This is something that we, in line with many others, are striving to achieve in a concerted effort to meet our climate goals.