Port of Antwerp to collaborate with Chinese port under OBOR 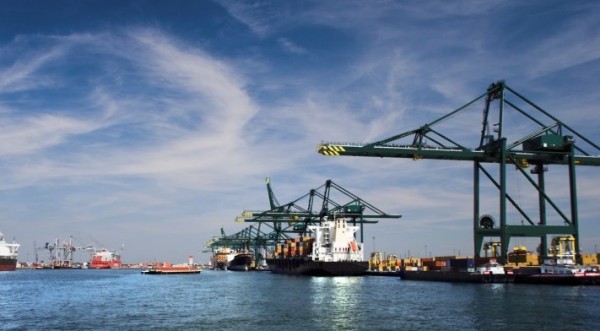 Antwerp Port Authority announced that it signed a collaboration agreement with the port of Caofeidian in China. The collaboration forms part of the “One Belt One Road” project, in which China seeks to connect its main ports and industrial cities more closely with crucial trade centres elsewhere in the world including Europe.

The Memorandum of Understanding was signed in the presence of the prime ministers of Belgium and China at a ceremony held in Val Duchesse castle, where seven other agreements between the two countries were also concluded at the same time.

Under the MoU, the two parties will investigate the possibility of establishing a rail connection between Caofeidian and Antwerp, to improve shipping transport thanks to the introduction of a regular liner service.

The agreement also provides for port professionals from Caofeidian to follow a training package later this year developed specially by APEC-Antwerp/Flanders Port Training Centre, the maritime training institute of the port of Antwerp. Finally the two parties have undertaken to carry out mutual promotion and exchange of information.

Caofeidian is situated in the North of Bohai bay in China. Last year, it handled 260 million tonnes of freight including 36 million tonnes of steel. Antwerp for its part is the largest steel port in Europe, with an extensive range of value-added activities in this specific segment. The volume of steel carried between Caofeidian and Antwerp is between 500,000 and 700,000 tonnes per year.

The One Belt One Road (OBOR) project was announced in autumn 2013, with the aim of improving transport connections between Chinese ports and industrial centres on the one hand and trade centres in Asia, the Middle East and Europe on the other. The project comprises a rail aspect, which roughly follows the same route as the ancient Silk Road, and a maritime aspect that also covers South-East Asia and countries around the Indian Ocean.