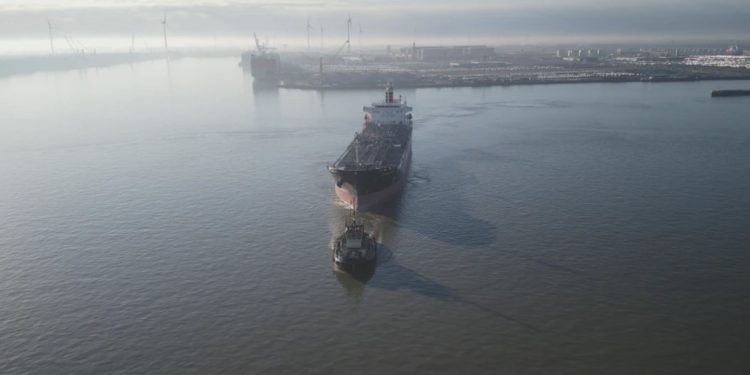 After Russia invaded Ukraine, the Port of Antwerp monitors the impact of the crisis in the port as well as beyond, and remains in close contact with customers and the competent authorities.

Based on the rules of the European Union, a roadmap has been drawn up for banning Russian-flagged ships from Belgian ports.

This roadmap has been implemented as of Sunday, April 17. The rules were drawn up by the ministers of the North Sea and Foreign Affairs, the maritime police, Defense, Customs, the Department of Mobility and Public Works and DG Shipping.

The Maritime Information Crossroads (MIK) receives a list of the Russian ships coming to a Belgian port and follows that ship closely. The permission given to the ship is only valid for the ship, the Belgian port, the exact timing, and the goods mentioned in the permission.

Goods that may be delivered to European ports are natural gas, petroleum, coal and other solid fossil fuels, all pharmaceutical, medical, agricultural and food products (such as wheat), fertilizers, and humanitarian aid. These rules will be in effect until August 10, 2022.

Earlier, the port had informed that it has no major maritime goods flows with Ukraine. On the contrary, Russia was the 5th most important trade partner in 2021 with a throughput of 11.6 m tons (3.16 m tons of outbound and 8.5 m tons of inbound). This involved the following categories: