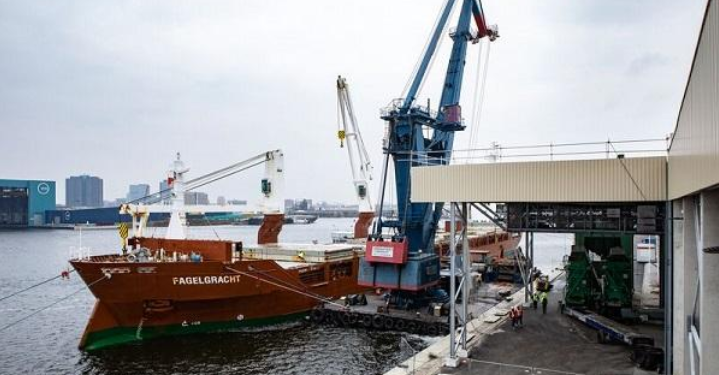 The record set in the port of Amsterdam in the previous year is mainly due to an 18% increase in the transhipment of energy products, like coal, to 15.5 million tonnes, compared to 13.1 million tonnes in 2018. The increase in coal transhipment can be attributed to market conditions, which incrased growth in exports to non-traditional markets such as Asia and the Black Sea region. This growth is not expected to be structural. However, the closure of the Amsterdam-based Hemweg power plant 8 in December resulted in the cancellation of a large coal transaction. The transhipment of oil products also went up in 2019 to 50 million tonnes, compared to 47.4 million in 2018. This increase was caused by favourable conditions in the petrol market.

Nevertheless, these records were also offset by decreases. Namely, the agri-cargo flow fell in the previous year by 5% to 7.9 million tonnes and general cargo fell by 35% compared to 2018.

Amsterdam received a total of 117 seagoing cruise ships in 2019, compared to the previous year’s 180. The main reason for this decrease is because of the introduction of the tourist tax, which entered into force on 1 January 2018.

The number of seagoing cruise ships that will be visiting Amsterdam in 2020 is expected to remain the same as last year, while 12 of the cruise ships will be coming to the city for the first time. The number of sea cruise passengers fell to 294,000 compared to 425,000 in the year before.

In addition, the number of seagoing cruise ships visiting IJmuiden increased to 62 from the previous year’s 30. The number of river cruise ships that called in 2019 was 2,282, compared to 2,007 a year earlier.

Imports in the port of Amsterdam rose by 5.7% in the previous year to 53.2 million tonnes, with exports increasing by 5.5% to 33.6 million tonnes.