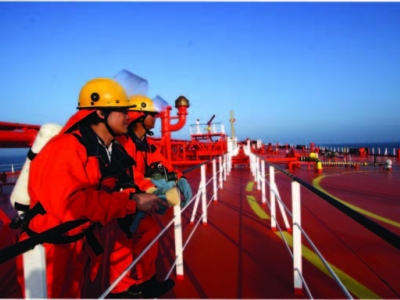 A report published today by the International Seafarers’ Welfare and Assistance Network (ISWAN) details best practice in establishing and operating port levies around the world.

The report, “Port levies and sustainable welfare for seafarers”, documents how levies make a real difference to welfare organisations and the services that they are able to provide for seafarers, at a time when funding for seafarers’ welfare is under pressure.

Port levies and sustainable welfare for seafarers shows that 35% of the 132 participating ports already operate port welfare levies. Voluntary levy payment rates were 75-99% for 10 of these ports, and the average levy rate emerged as $58 (approximately 38). While there are often no restrictions on levy expenditure, revenue is almost always used for maintenance of seafarers’ centres, operating seafarer transport, and covering staffing costs.

This report is being launched in the run up to the ILO’s Maritime Labour Convention, 2006 (MLC, 2006) coming into force on 20 August 2013. The MLC states that “Every seafarer has the right to health protection, medical care, welfare measures and other forms of social protection.” (Article IV). And MLC guidelines on financing of welfare facilities include: “levies or other special dues from shipping sources”. (Guideline B4.4.4).

As it was stated by Roger Harris, Executive Director of ISWAN, “There is much to be learned from ports with existing levies, including from the challenges faced in setting up and implementing levies. Collaboration and determination play a crucial role in making port levies work. This report can be used as a tool to support more levies being put in place, and improving practice for existing levies. While not a panacea, levies provide a sustainable and predictable way to help shore-based welfare provisions in the MLC be implemented globally.”

Port levies and sustainable welfare for seafarers will be launched at an ISWAN seminar entitled “How can port levies help deliver welfare provisions in the MLC, 2006?”, being held on 21 May 2013 at the Baltic Exchange, London.