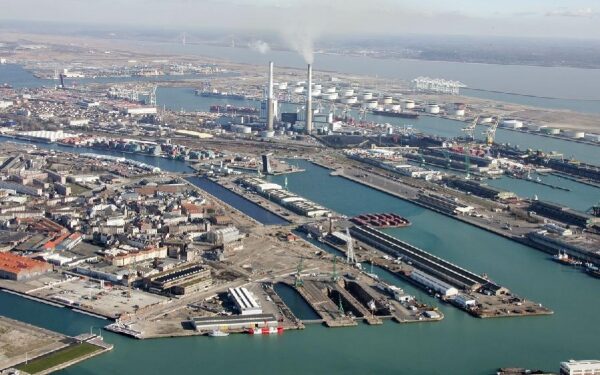 Port of Le Havre along with SEREP, a subsidiary of SARP Industries joined forces and set up a local network for the treatment of scrubber residues.

According to the port, vessels sailing and docked in Le Havre must either use fuels containing no more than 0.1% sulphur, or be fitted with a closed-loop scrubber system to filter and wash exhaust fumes.

In light of the situation, Port of Le Havre and SEREP have worked to provide collection and treatment of scrubber waste, which is taken from the port by truck to a treatment and recovery centre for processing.

Following there, in order to enhance ships to deposit their liquid waste and scrubber residues on site, the Port of Le Havre will fund 30% of the cost of waste collecting.

Alongside the world maritime shipping actors, the Port of Le Havre has engaged in an ambitious ecological transition to reduce the carbon footprint of its activities on the environment. To promote and make it sustainable, we have also set up a financial incentive for our customers, taking in charge 30% of the cost of collecting liquid waste including scrubber residues.

To go further and make the industrial port area of ​​Le Havre an eco-friendly smart industrial park, discussions are underway in order to continue the efforts.

In the area of ​​the circular economy in particular, SEREP is finalizing a short-circuit recovery project for hydrocarbons collected from ships, a path that opens the way to new vectors of industrial attractiveness.