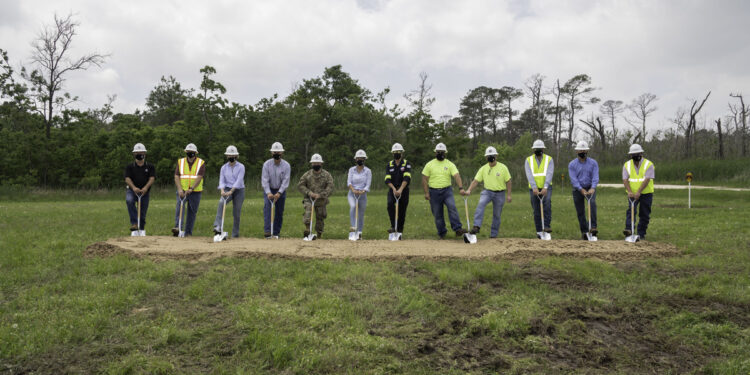 Port Houston marks National Infrastructure Week by highlighting the groundbreaking for the start of construction work to support widening and deepening the 52-mile Houston Ship Channel.

Known as Project 11, the project’s far-reaching benefits impact the United States and the entire Gulf region, and have generated bipartisan praise from officials across the state and nation.

Infrastructure = Investing in our Future. Today we celebrate the first day of the Houston Ship Channel Expansion – #Project11 construction phase as one of our key investments allowing larger vessels into our channel. #PortHOU #NationalInfrastructureWeek https://t.co/rHD02sOFSK pic.twitter.com/HaJ0jyfiEe

The nearly billion-dollar project will create safer and more efficient navigation for the ships and vessels, calling the more than 200 private and eight public terminals that comprise the Port of Houston.

The expanding the Houston Ship Channel will accommodate the growth of vessel calls, vessel sizes, and cargo needs for customers and consumers, while provide over 3.2 million jobs and $802 billion in economic value to the nation.

This project will enable vessels to deliver goods to our doorsteps, export USAmade cargo around the world, provide safe passage for thousands of ships, and shape the livelihoods of millions of Americans for generations to come.

For the records, the first Project 11 construction contract was awarded by Port Houston at the April Port Commission meeting, and will prepare the site to receive dredge material as the channel is expanded. In addition, more than half of the total $24 million in contracts approved at that meeting were to support Project 11 efforts, further demonstrating the Port Commission’s continued efforts towards stewardship of the channel.

With nearly 700,000 jobs in the local region generated from terminal activity and more than 285 million tons of cargo handled in 2019, the Port of Houston has been a key component of our country’s infrastructure since 1914. I am proud to support the Port in its efforts to expand.