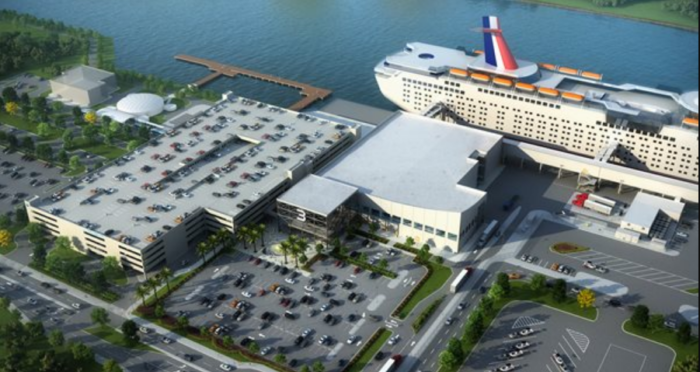 Ivey’s was the low bidder to build a two-story, 188,000-square-foot terminal as part of the Port’s largest single construction project in its 65-year history. Namely, a $163 million complex that will accommodate Carnival Cruise Line’s biggest and largest cruise ship, the Mardi Gras.

The Port has set out numerous steps to ensure a limited impact to nearby recreation areas during the construction period, including the installation of a seismic monitoring system in the surrounding area during the pile-driving process.

Construction crews are currently demolishing the pier structures at the site and are installing protective barriers to prevent erosion from wake and wave action generated by vessels transiting the Port’s main channel. The $38.6 million project is expected to be completed in December.

Last December, Port commissioners approved $117 million in bonds to finance the cruise terminal project. Miami-based Carnival will also provide $50 million in as part of a long-term agreement between the Port Authority and the cruise line that started in September. Moreover, the Port will receive $6 million in grants from the Florida Department of Transportation for project infrastructure work.