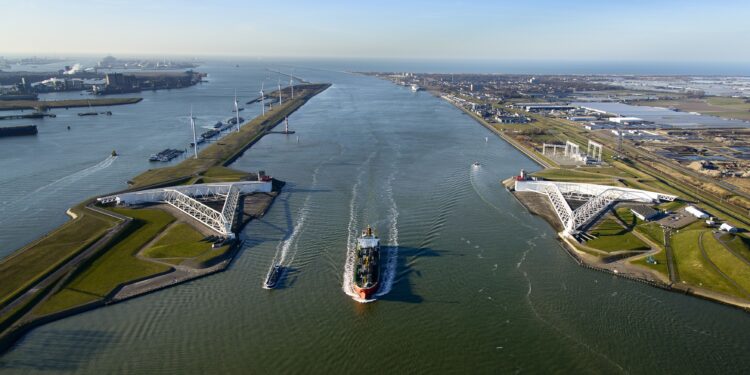 On February 24th 2021, the TRAN Committee of the European Parliament adopted MEP Delli’s report on more efficient and cleaner maritime transport. FEPORT reports on the objectives of this report and welcomes the MEPs good appraisal of the main issues at stake.

Specifically, FEPORT appreciates the recognition by the TRAN MEPs of the efforts deployed by port stakeholders to create a strategy on zero-emission ports and to take swift action to regulate EU port access for the most polluting ships based on the Port State Control Directive framework.

The draft resolution highlights other measures that could significantly contribute to the decarbonization of the maritime sector and the reduction of shipping emissions at sea and in ports.

As far as port/vessel call optimization is concerned, FEPORT highlights the need to have good insights into the concept and an extensive knowledge of all existing initiatives that have been deployed to improve port/ship communication and optimize the calls to the benefit of ports stakeholders and ship operators.

Disruption at ports and terminals expected after Suez Canal blockage

An efficient vessel call relies on mutual understanding from ship and port stakeholders of each others’ functioning and constraints. Both port centric and ship centric approaches to vessel/port call optimization are needed to conceive models of communication and data sharing that enhance predictability for both sides. This is already the model that is implemented by existing vessel coordination centres

However, far from optimization, late arrivals of ships, no shows and low schedule reliability have significant negative effects not only on port terminals but on a whole range of port stakeholders and actors of the maritime logistics chain. As a result, the disruption in the organization due to a low schedule reliability can be detrimental to sustainability and decarbonization efforts and should be avoided as much as possible.

Finally, FEPORT concludes by saying that 2020 has not been a year of good practice regarding schedule reliability in the container sector and the congestion that has resulted in ports should also be part of the discussion on vessel call optimization. 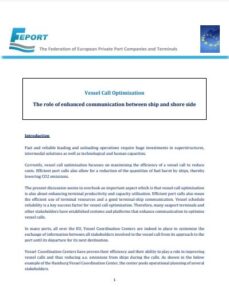