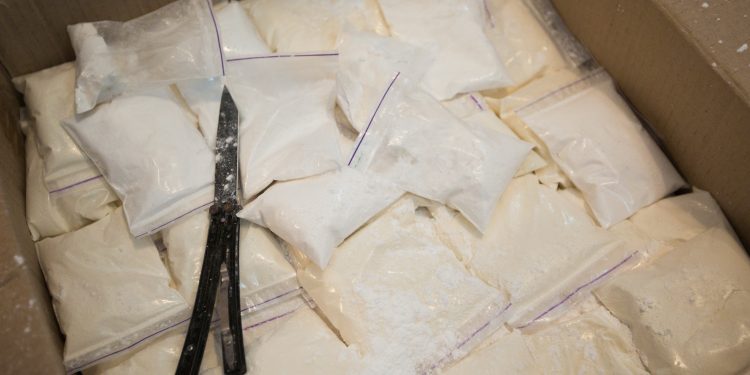 Australian Federal Police reported that they have intercepted a shipment of more than 416 kg of cocaine dropped in waters off Adelaide. They also detained 4 crewmembers from a bulker in a huge haul of illicit drugs in South Australia.

According to the authorities, the operation was part of a larger organized crime network that was attempting to distribute cocaine across Australia. The bulker was targeted after receiving information of a potential drug shipment being brought to Australia.

The result of the operation was the recovery of 416 kg of cocaine worth an estimated street value of more than A$166 million (US$125 million).

The investigation was launched in mid-March after an assessment of intelligence that suggested a commercial bulk carrier, the Kypros Bravery, was to be used to traffic illicit drugs into Australia

According to the AFP, during the search they failed to turn up the narcotics but located evidence that led them to believe the vessel had been involved in the drop off of a significant quantity of drugs at sea. The police suspected that the drugs were dropped overboard at a predetermined location in “deep waters off the Yorke Peninsula,” west of Adelaide.

The Australian Border Force conducted a methodical, arduous, and endless search of the ocean area and located the shipment on the 18th of March

They began an extensive search of the Australian coast using marine, land, and air patrols.

Supporting their belief that there had been a drop at sea, members of the Australian volunteer coast guard reported that they had rescued a small boat near Kangaroo Island south of the peninsula that had run out of fuel at the time of the suspected drop.

After working for four days, ABF officers found about 400kg of cocaine a substantial distance off the coast and towed the drugs to shore

As of now, the reports did not indicate if the narcotics had been left in a raft or boat or how they were floating offshore.

As reported, 4 Filipino crewmembers who were working aboard the bulker were taken into custody by the police. They were due to appear in an Adelaide court on April 1.

…the Assistant Commissioner Harvey said, noting that the crewmembers will face court, with prosecutors to seek that bail not be granted. He also mentioned that the scale of the cocaine shipment indicated Adelaide was not its sole destination.