by The Editorial Team
in Ports, Seafarers 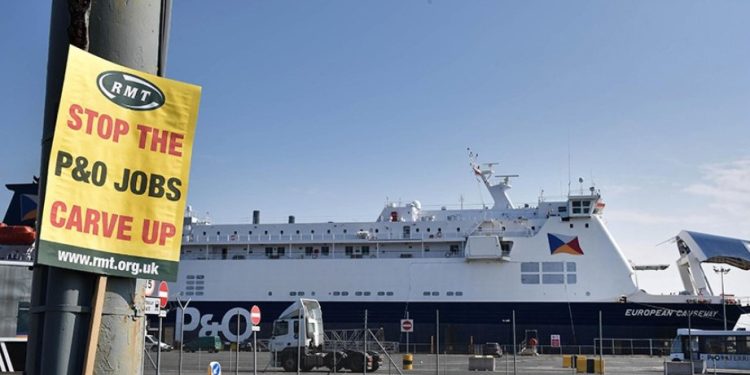 Officials at the Port of Dover refused access to ITF inspectors who were present in order to investigate welfare issues that had been raised by replacement crew members on board P&O Ferries’ vessels in the port.

It is important to note that ITF inspectors have ISPS (International Ship and Port Facility Security) code clearance, which enables them to enter all UK ports and board all vessels in UK waters where seafarers request assistance.

Despite emailing ahead of time as a courtesy and completing the online security course required, the Port Police refused the inspectors access on the day, on the basis that they had no advance warning of the inspectors’ visit. The inspectors are not obliged to provide prior warning to ports or vessel owners of impending visits to inspect vessels or investigate abuse of seafarers’ rights.

The inspectors say that the port officials phoned P&O Ferries while the inspectors were present, awaiting a decision on their access.

…one of the inspectors, Tommy Molloy, commented.

Experience shows us that if non-compliant employers are tipped off to our inspections, often crew members get threatened and incriminating documentation goes missing. Our inspections are random by nature and by necessity

P&O Ferries have shown that they have no regard for the law, it’s staggering that the Port of Dover would prevent access to ITF Inspectors who are simply there to check on crew welfare and the safety of the ships

ITF Inspectors across the world are at the frontline of protecting safety standards for seafarers and the vessels they crew. We have grave reservations about why they would be denied access, especially following MCA detentions related to safety concerns and crew familiarity of the vessels

…he continued, concluding that “We call on the Secretary of State for Transport Grant Shapps to find answers as to why our inspectors were blocked, and give a commitment that it won’t happen again.”

The ITF has notified the UK Maritime and Coastguard Agency about the incident as a violation of the ISPS Code.

The incident comes a month after the company fired almost 800 seafarers seeking to replace them with contracts with crewing agencies. To remind, until now the line has also faced three detentions by the UK’s Maritime and Coastguard Agency.