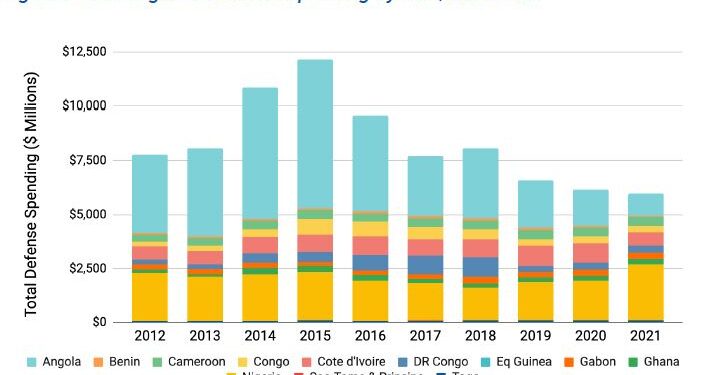 Stable Seas issued a report noting that government expenditures on counter-piracy operations in the Gulf of Guinea have increased exponentially over the last decade.

Namely, the expenditures increased to $272 million per year and $250 million more in non-naval spending.

According to the report, pirate groups concentrated in the Niger Delta earn perhaps $5 million of direct income per year through theft and hostage-taking. The majority of this income, nearly $4 million per year, is stolen and extorted from non-African entities seeking the release of non-African hostages.

These low direct costs to African nations have created the perception among some that Gulf of Guinea piracy and armed robbery are greater problems for international shipping companies and foreign seafarers than they are for African nations.

In light of this view, these crimes happen in Africa, but they do not typically happen to Africa. Gulf of Guinea waters are crime scenes, but Gulf of Guinea nations are not the primary victims. The implication is that those paying ransoms and suffering direct financial losses have the most at stake.

This report has shown that this perspective is misguided. Gulf of Guinea nations are facing significant direct, indirect, and opportunity costs related to the presence of piracy and armed robbery. These costs occur on a scale that is thousands of times greater than what is paid to pirates in ransoms each year.

For every $1 pirates steal or extort from African victims, Gulf of Guinea governments spend around $524 on counter-piracy efforts. These expenses are incurred as nations invest in more capable patrol boats, increase counter-piracy patrols, build maritime domain awareness platforms, seek legal training, and develop multilateral information-sharing mechanisms. We estimate expenditures of this kind have increased by around $100 million per year since 2017.

For every $1 pirates take from Africans, Gulf of Guinea nations are robbed of around $170 in port fees lost due to decreased shipping activity and another $1,200 in lost import tariffs. This lost government revenue, totalling an estimated $1.4 billion per year, is as much as double the best estimates of the direct costs of piracy paid by international navies, intergovernmental organizations, and the global marine transportation private sector each year.

But the greatest costs, by a wide margin, are the incalculable opportunity costs associated with these piracy-related expenses. With $524 million per year reallocated away from counter-piracy expenditures and toward fisheries enforcement, African governments could better address IUU fishing, which is estimated to cost the region up to $504 million per year—a sum that is 500 times greater than direct losses due to piracy. Fishing would be safer and more profitable for millions of people working as fishers or in the many roles on the artisanal fishing supply chain.

Finally, with as much as $1.4 billion per year more in port and import tariff revenue, governments could improve transportation infrastructure and improve the efficiency of the oil and shipping sectors. This could make imports less expensive and exports more competitive. Costs of oil extraction could fall, bringing greater profits to the Gulf’s oil-producers. The results of such investment would spillover to land-linked neighbors who depend on coastal ports for a large share of their international trade.