Pirates boarded tanker that had lost contact off West Africa 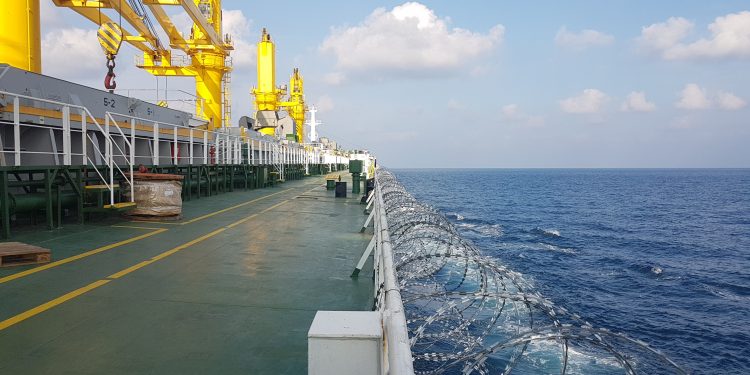 South Korean officials confirmed that pirates boarded the product tanker B. Ocean near Cote d’Ivoire, which they released after a while.

Initially, the monitoring operation MDAT GOG (Maritime Domain Awareness for Trade Gulf of Guinea) had informed that communication had been lost with tanker, on November 23. The vessel’s last known position was 247 nautical miles south-southwest of Abidjan.

However, an the end of last week, South Korea’s Ministry of Foreign Affairs reported that they had heard from the crew of the B. Ocean. More specifically, they confirmed that the tanker was boarded by eight armed attackers.

Reports claim that the crew managed to reach the citadel, with MDAT GOG and Korean officials reporting that all of the crew are safe.

The pirates are believed to have stolen petroleum from the tanker, also damaging the ship’s equipment. Further commenting on the incident, South Korea noted that the captain had contacted the shipping company after the pirates left the tanker.

A notable fact is that in January, the same vessel was hijacked around 50 nm south of Abidjan. Then, the armed boarders stole 977 tons of diesel before releasing the vessel.