Pirates board tanker off Cameroon 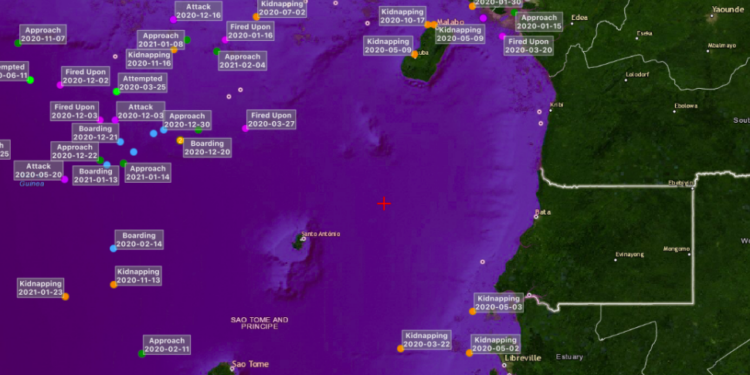 Pirates have reportedly boarded the Marshall Islands-flagged oil chemical tanker MV SEA PHANTOM on Saturday night, while 115 nm off the coast of Kribi, Cameroon, in the Gulf of Guinea, but the attack was unsuccessful.

According to information by maritime security intelligence firm Dryad Global, the attack took place on Saturday night, while the ship was underway sailing east at 12.7 knots, before carrying out evasive manoeuvres, turning sharply to its starboard and then start drifting. The Greek-owned ship’s latest AIS was dated 2300 UTC February 6, half an hour before attack.

However, latest information as of Monday suggests the crew gathered at citadel and sailed the ship to safety. The crew are all safe and the ship has berthed at Port of Malabo, Equitorial Guinea, Greek media reports say.

The vessel was sailing from Lome Togo to Douala Cameroon, at the time of the incident. The vessel has been trading in the Gulf of Guinea since at least March 2020, calling mostly, Douala, Cameroon, Fleetmon reports.

This the 9th offshore incident and the fourth recorded offshore boarding within 2021. Total incidents in West Africa in 2020 showed a partial increase of 12% on those of 2019. Incidents involving failed approaches showed a significant increase within 2020 with 25 such incidents recorded against 10 in 2019.

In addition, IMB’s latest yearly piracy report recorded the highest ever number of crew kidnappings for the Gulf of Guinea in 2020, with 130 crew members taken in 22 separate incidents. 96.3% of kidnaps were in the region.

Earlier in February, pirates boarded the Marshall Islands-flagged bulk carrier MV ROWAYTON EAGLE, while 200nm off the coast of Accra, Ghana, in the Gulf of Guinea.

Dryad advises all vessels to avoid the vicinity of the reported incident, reporting all suspicious activity to the relevant maritime authorities.

The article has been updated to include reports that the crew is safe as of Monday 8 February.