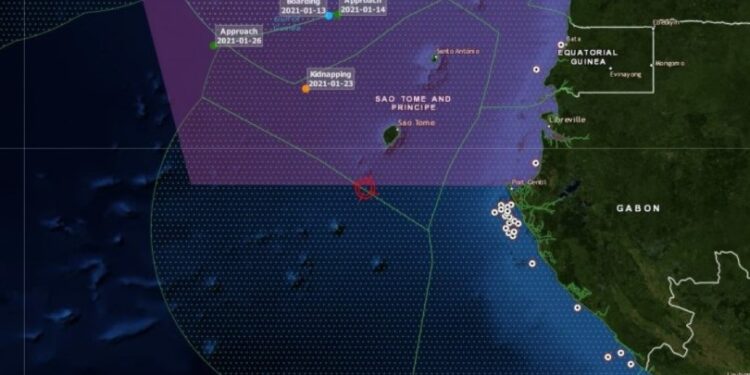 An MV was reportedly attacked 56 Nm SW off Sao Tome, on February 8, by a fast craft with several persons onboard.

As Dryad Global informs, shots were fired at the MV and after approimately 45 minutes the attack was aborted.

This the 12th offshore incident this year and the fourth attack recorded within 2021 that took place outside the JWRC HRA.

It is highly likely that the attack was perpetrated by the same grouping that targeted the Sea Phantom on the 6th Februarym Dyrad notes.

It also adds that it is highly likely that further incidents will occur within the coming days. As such the risk level for all vessels operating within the Gulf of Guinea is to be considered critical.

Dryad advises all vessels to avoid the vicinity of the reported incident, reporting all suspicious activity to the relevant maritime authorities