Piracy in the Amazon: Stopping the ‘River Rats’

by Damian Mustard
in Opinions 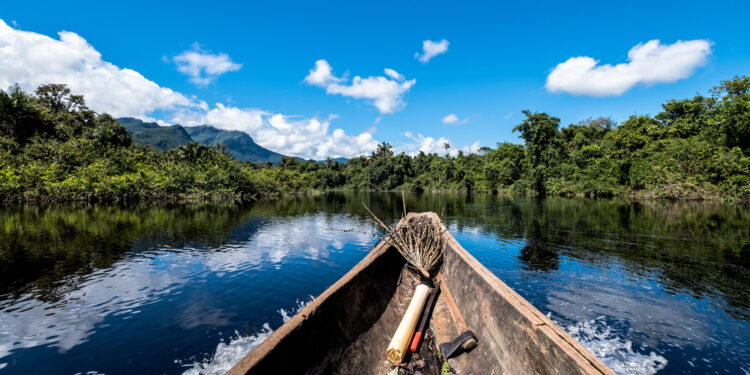 Every trade route has its unique risks. This principle stands across the maritime industry, especially for the smaller vessel classes that typically prefer fixed premium P&I cover. Indeed, these vessels will often face some challenging, complex risks that larger oceangoing ships will not, argues Mr. Damian Mustard, Senior Underwriter at West of England P&I / West Fixed.

One particular issue is river piracy. Barges laden with valuable cargoes can be tempting targets for local criminals, especially when travelling through remote, sparsely policed inland waterways. The relative accessibility of these vessels to pirates makes them an easy target for pirates, especially in the Amazon basin waterways– where locals call these criminals ‘river rats’.

These kinds of attacks usually involve a small group of pirates boarding a pushtug powering a barge convoy at night. Using the cover of darkness, attackers will quietly drift alongside and enter the vessel to surprise and overpower the crew. Often, these pirates are armed and pose a serious danger to seafarers and their ships.

Once in control of the convoy, the pirates will transfer any cargo that can be moved and offloaded onto their boats. This even includes liquid product from any fuel carrying tank barges; pirates have been known to drill a hole in the barge’s hull and transfer liquid cargo with a rubber hose.

These ‘river rat’ attacks are relatively simple, and don’t require the criminals to have invested in significant amounts of equipment. The attacks typically only involve three or four attackers, and thus can be staged with minimal planning or organisation. These ‘river rat’ attacks have historically been relatively low risk for the pirates, with little chance of being stopped or caught.

Consequently, criminal gangs in the region now see these kinds of attacks as a low risk, high reward enterprise and their popularity is growing, which is creating an even more dangerous environment for crews. At the same time, the low barriers to entry coupled with economic challenges have prompted some otherwise law-abiding workers to become ‘river rats’, either through organised crime gangs or as independent groups.

We have recently seen an increase in the frequency of these attacks, with more dramatic increases in some specific port locations. One particular location that has seen a notable escalation in ‘river rat’ incidents is the anchorage number 2 of Macapá Port, which was recently highlighted to me by Alberto Pinheiro Carvalho, Director of Institutional Relations at Brazil P&I. The risks to crews and to vessels or cargo has also increased, and there is a growing body of evidence that piracy can cause injury and long-lasting trauma to sailors.

On top of crew, cargo, and machinery risks, a successful attack can create compliance issues for owners. In one recent incident that my team dealt with, raiders attacked an empty vessel at port and stole the barge’s entire safe. As the safe contained crucial compliance documents, this created a complex and time-consuming challenge as documenting the loss with authorities and reissuing these documents was time consuming and costly compounding other losses suffered, and any delay could potentially lead to off-hire claims.

Part of the job of a shipowner is to constantly identify and guard against changing risks. While it is often not possible to eliminate all of the risks a vessel faces, most of them – including piracy – can be managed.

In this context, armed security guards are becoming increasingly popular on some barges. They can be an especially useful asset on barges travelling at night or with a vulnerable cargo, as many ‘river rats’ are relatively lightly armed opportunists looking for easy targets. However, this is no silver bullet; some raiders will carry heavier weaponry, and any armed attacker represents a serious risk.

While armed security guards are advisable for some inland voyages, shipowners should be aware that even lightly armed pirates may be able to overpower a crew if they properly leverage the element of surprise. To cut this risk, crew processes and technology must be adopted to heighten awareness and highlight the need for constant surveillance of the vessel and its surroundings. Radar systems and infrared cameras should be used on barges, especially during night navigation or when at port overnight, to allow guards to see ‘river rats’ before they attack.

To further improve security, and reduce the impression amongst potential raiders that a tug at the rear of a convoy is a ‘soft target’, easy-to-handle items should be transported in compartments located towards at the bow of the vessel with physical barriers implemented between the bridge and the compartments. This means that common targets like food, cables, and fuels are more difficult for thieves to access and remove from the barges. Any piracy incidents, including attempted raids, must also be reported to local authorities as soon as possible.

However, best practice will vary by vessel or by route, and ships’ crews must constantly adapt as ‘river rat’ tactics or hotspots changes. The most important tool that shipowners have is the loss prevention expertise at their P&I insurer, who can provide up to date, circumstance-specific guidance identifying the practical risks they face from a route, as well as practical avenues available to cut those risks. Often this includes tailoring plans or routes for individual vessels, as well as installing new systems.

West’s loss prevention department has more than 150 years’ combined experience as senior deck and engineering officers on almost all vessel types, as well as in ship management roles. This practical knowledge helps to provide useable insights for shipowners across the distinctive risks faced by all vessel types – including smaller vessels – and has been invaluable in supporting owners at a time when West’s Fixed Premium book has expanded, and become one of the largest insurers of tugs and barges in South America.

Unfortunately, piracy will remain an issue wherever vessels are seen as an accessible soft target by criminals, and local economic and social conditions make such attacks profitable for raiders. Introducing vessel specific security training, personnel, and equipment can help to make ships harder targets for criminals, but are unlikely to bring the risk down to zero. Shipowners must leverage the knowledge and detailed guidance of their P&I insurer to adapt based on vessel and route specific criteria, and as circumstances change, to continuously reduce risk.