Piracy in Asia increases with 82 incidents in 2019

A total of 82 incidents of piracy and armed robbery against ships in Asia were reported in 2019, says ReCAAP ISC in its Annual Report, noting a 15% increase in the actual incidents compared to 2018. Despite the increase, these numbers are still the second lowest since 2007.

There was an increase of incidents in two locations, compared to 2018:

The 15% year-on-year increase in the actual number of incidents in 2019 as well as a spike of incidents in the Singapore Strait are a stark reminder that government agencies and the shipping industry should continuously uphold their respective efforts as a shared responsibility,

…said Mr. Masafumi Kuroki, Executive Director of ReCAAP ISC at the launch of the report. 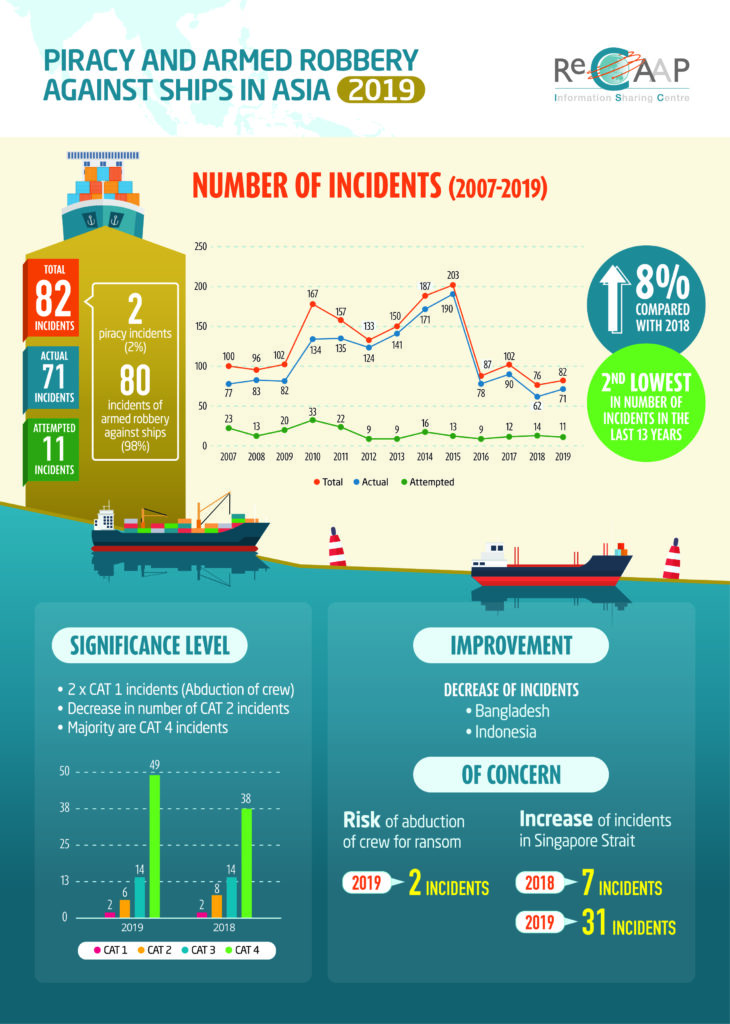 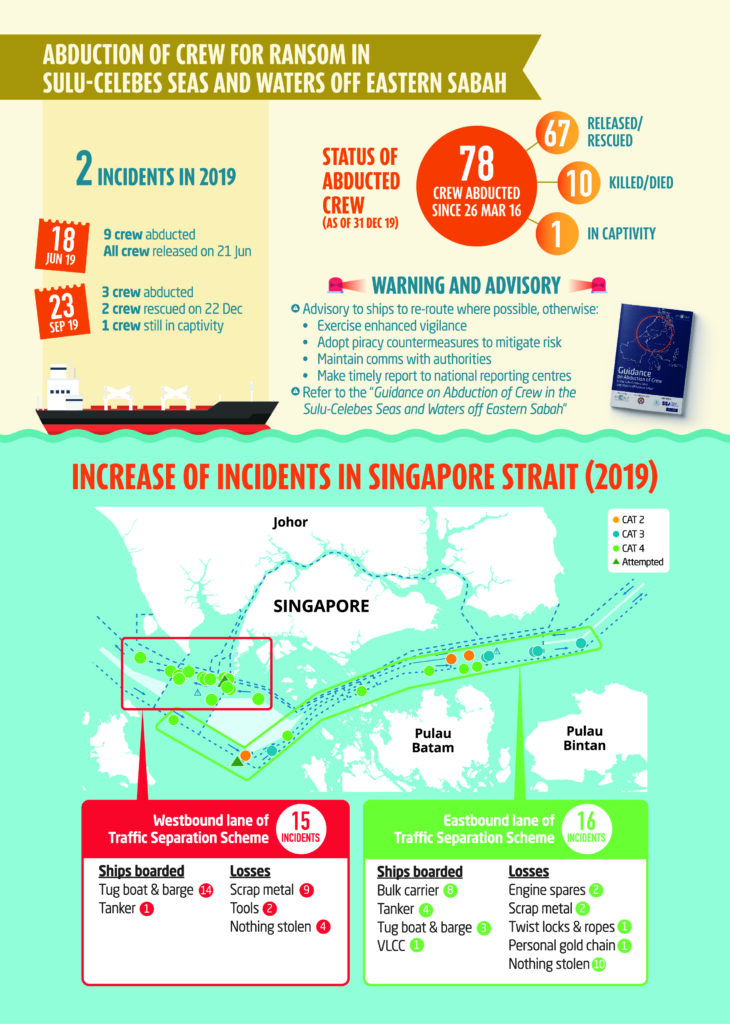 There was a decrease of incidents mainly at ports and anchorages in Bangladesh, Indonesia and the Philippines:

Situation in the Singapore Strait

ReCAAP ISC calls upon the littoral States to step up surveillance and patrol as well as to enhance their cooperation.

The shipping industry is advised to exercise utmost vigilance, adopt preventive measures and report all incidents immediately to the nearest coastal State.

Situation in the Sulu-Celebes Seas and Waters off Eastern Sabah

The risk of abduction of crew still remains in the area. Shipping companies are advised to refer to the Guidance on Abduction of Crew published by ReCAAP ISC in July 2019.

As such, ship masters are advised to anchor the ships in the designated anchorage areas for better surveillance.

Regional cooperation among coastal States and mutual cooperation between government agencies and the shipping industry are key to ensure the safety of seafarers and safe navigation of ships,

The Annual Report 2019 was released at the 11th Nautical Forum in Singapore.