This constitutes an increase from 38 in the same period last year. Pirates boarded 37 ships in the first quarter of 2020.

The Gulf of Guinea remains the world’s piracy hotspot. Namely, seventeen crew were kidnapped in three incidents in these waters, at distances of between 45 and 75 nautical miles from the coast.

IMB’s latest global piracy report shows zero hijackings in the last two quarters, and no incidents around Somalia. But with no sign of a reduction in attacks worldwide, IMB encourages shipowners to stay vigilant, calling for continued international cooperation.

Navy patrols, onboard security measures, cooperation and transparent information exchange between authorities, are all factors which help address the crimes of piracy and armed robbery

IMB’s 24-hour Piracy Reporting Centre (PRC) recorded 21 attacks in the Gulf of Guinea in the first quarter of 2020. Of these, 12 were on vessels underway at an average of 70 nautical miles off the coast. All vessel types are at risk. The perpetrators are usually armed. They approach in speedboats, boarding ships in order to steal stores or cargo and abduct crewmembers to demand a ransom.

While 10 vessels were fired upon worldwide for the whole of 2019, four already reported being fired at within Nigerian Exclusive Economic Zone (EEZ) in the first quarter of 2020. This includes a container ship underway around 130 nm southwest of Brass.

In another incident around 102 nm northwest of Sao Tome Island, pirates boarded another container ship. The crew retreated into the citadel and raised the alarm. Upon receiving the alert, the IMB PRC liaised with Regional Authorities and the vessel operator until the vessel was safe and the crew had emerged from the citadel. 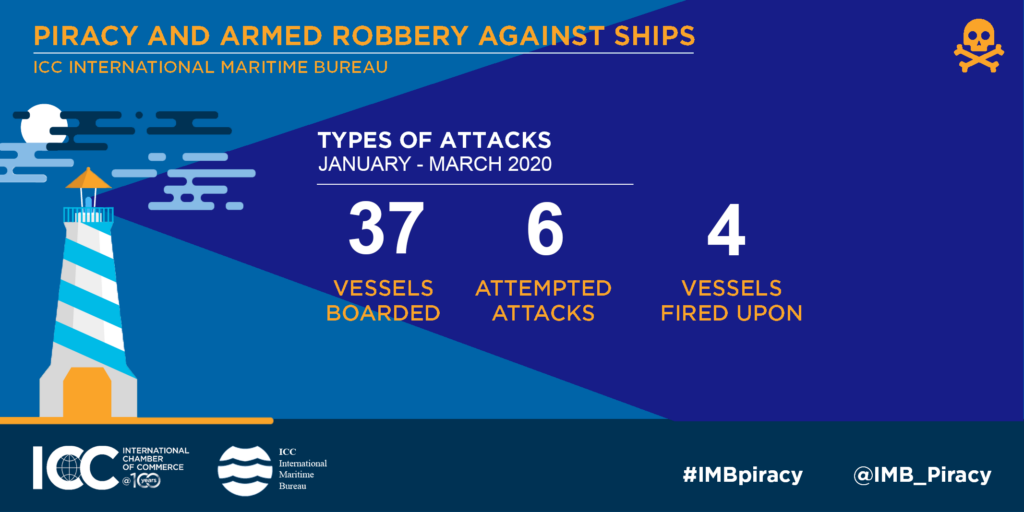 Strategic deployment of Marine Police patrol vessels has caused a continued decline in attacks on ships in most Indonesian anchorages and waterways.

In fact, in the first quarter of 2020, just five anchored vessels were reported boarded. These are often low-level armed robbery attacks. 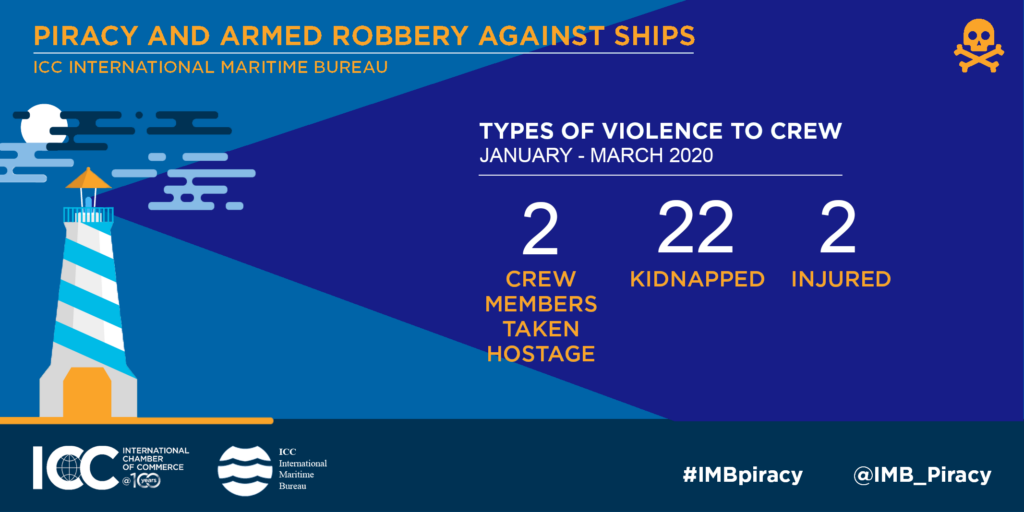 Five ships were boarded while underway in the Singapore Straits, where no attacks were reported in the first quarter of 2019. These low-level armed robbery attacks are a distraction to crews navigating in congested waters. In one incident the crew managed to lock their assailants in the storeroom, which enabled their later arrest. 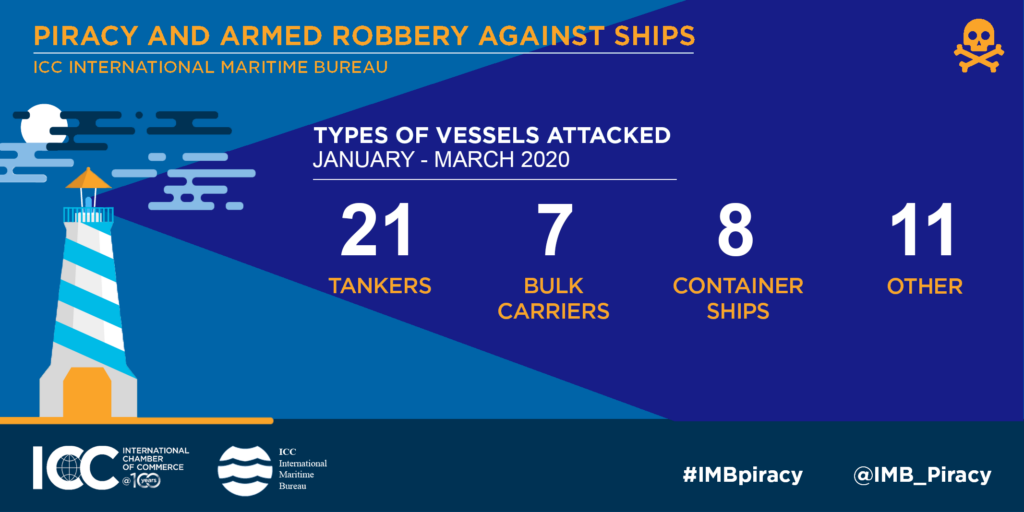 Other violence against seafarers includes the kidnapping of five crew for ransom in an attack on a fishing vessel off Sabah, Malaysia in January 2020. In March, at Macapa Anchorage, Brazil, a watchman was confronted while on duty and held temporarily by a group of robbers. Meanwhile, in the anchorage of Callao, Peru, three crew were apprehended by nine robbers who boarded their vessel to steal ship’s stores. Two crew were injured during the incident. Callao recorded five incidents in the last quarter of 2019 and three this quarter. 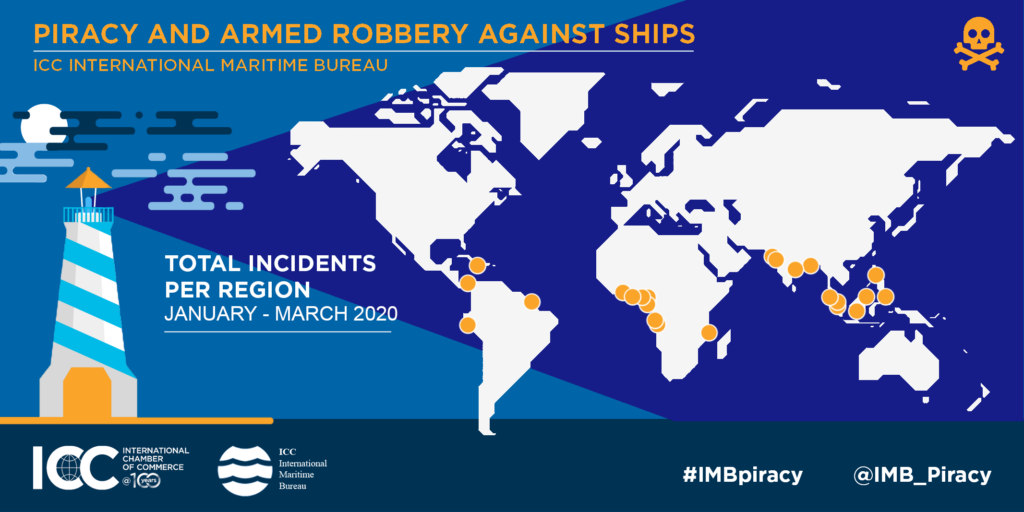