Partners to focus on hydrogen production in Japan 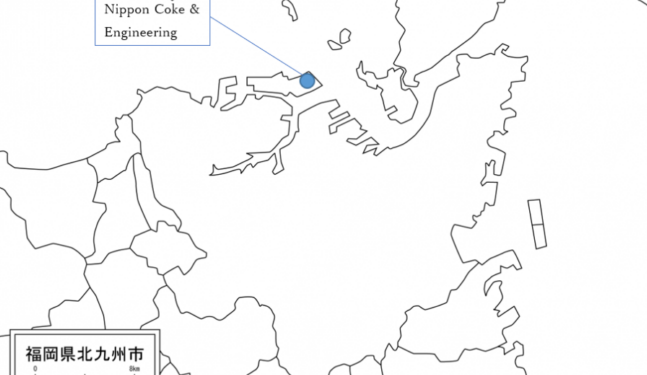 CMB, ITOCHU and Nippon Coke & Engineering Company (NCE) announced their collaboration to start up a company focusing on local hydrogen production on the northern island of Kyushu.

Using Nippon Coke’s hydrogen and CMB’s hydrogen engine, both supply and demand of hydrogen will be fulfilled on the northern island of Kyushu.

The cooperation aims to ensure an early supply chain based on local production for local use to help realise a carbon-free society. The anticipated initial yearly production will be 500.000 kilograms of hydrogen per year.

In Japan, hydrogen is considered as a key technology for becoming carbon-neutral. Particularly in the shipping industry, the practical application of engines that can directly burn hydrogen and ammonia is considered a pressing issue. Compared to fuel cells, hydrogen-powered dual fuel engines can reduce initial investment costs and be introduced without compromising performance and reliability.

By using its networks in Japan and other countries, ITOCHU will aim to complete the project at an early stage and introduce it to other regions.

Furthermore, based on the actual demand created by the model of local production for local consumption of hydrogen, the company will also seek to take part in large-scale hydrogen production projects in other countries.

Through these activities, ITOCHU will implement “Strengthening contribution and initiatives for the Sustainable Development Goals (SDG’s)”.

The application of the hydrogen engines can be used for a passenger ship, but also for a Crew Transfer Vessels, tugboat, gensets and even land heavy equipment. CMB and ITOCHU are working together to develop the demand for hydrogen engines with the help of stable supply of hydrogen by NCE

In the future the three companies will determine the demand for hydrogen in the northern Kyushu Island region and obtain the necessary government approvals and licences, and then aim to launch the hydrogen supply chain in FY2023.