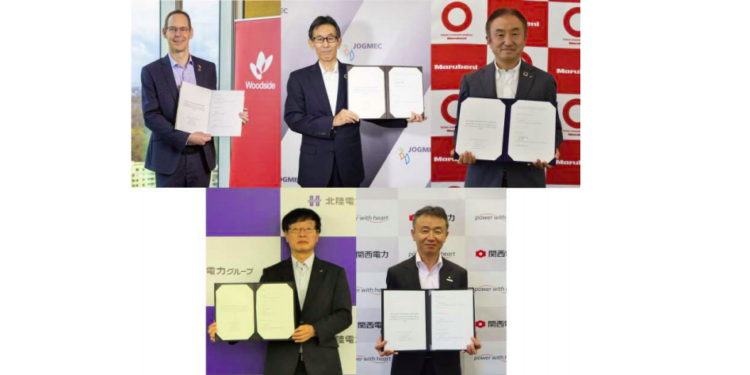 The move follows a “Japan-Australia Partnership on Decarbonization through Technology”, including ammonia, which was announced at the Japan-Australia Summit Meeting on 13th June 2021, as well as a Joint Statement at the Australia-Japan Ministerial Economic Dialogue on 15th July 2021 mentioned that Japan and Australia will work together to promote clean fuel ammonia.

Ammonia is expected to have early take-up as a zero-emission fuel, as it does not emit CO2 during combustion and provides proven advantages in production, storage and transportation. Japan’s Green Growth Strategy established in December 2020 and further refined on 21st June 2021, has also positioned fuel ammonia as one of the key opportunities for Japan to achieve carbon neutrality by 2050.

As such, under the joint agreement, the Parties will conduct a feasibility study of the entire supply chain, including the production of clean fuel ammonia in Australia from natural gas with CO2 abatement methods, such as Carbon Capture and Storage (CCS) and Carbon dioxide Capture and Utilization (CCU) and bio-sequestration; marine transportation to Japan; utilization of ammonia as a fuel for power generation and marine use; and financing.