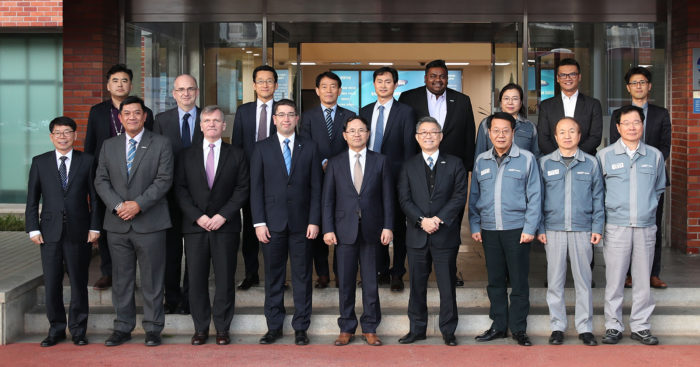 Accordingly, ammonia is one of the many options one could choose to achieve decarbonization; Thus, the partners believe that launching an  ammonia-fuelled tanker project is a way to explore the multiple decarbonisation.

In light of the project, Yee Yang Chien, President & Group CEO MISC Berhad stated that the project is a collaborative effort to boost the shipping industry and define the future, rather than being confrontational and fragmented, as collaboration is the key.

We need more shining examples of partnerships and collaborations in our industry and it is my hope that this will encourage our peers in the industry to also join hands with others to advance the zero-carbon agenda.

In addition, Joon Ou Nam, President & CEO of Samsung Heavy Industries commented that SHI is equally happy to collaborate with the ones mentioned, supporting the movement towards a zero-carbon future, adding that

We all know that the industry–wide movement is vital, and new zero-carbon fuel technologies, such as ammonia fuel, are to be brought on the table, in order to take action proactively on maritime GHG emissions in accordance with the IMO’s ambitious road map.

These are exciting times as we commence the industry’s fourth Propulsion Revolution as during LR’s history we have supported the transition from wind to coal to oil and now look forward to safely decarbonising.