The Paris MoU Committee approved the 2018 inspection results and adopted new performance lists for flags and Recognized Organizations (ROs). These lists will apply from 1 July 2019. The list is based on the total number of inspections and detentions over a 3-year rolling period for flags with at least 30 inspections in that period.

The White List contains quality flags with a consistently low detention record. In comparison to 2017, the number of flags on the White List has increased with one. More specifically, Lithuania and the Russian Federation have entered the White list, while Saudi Arabia has dropped to the Grey List. 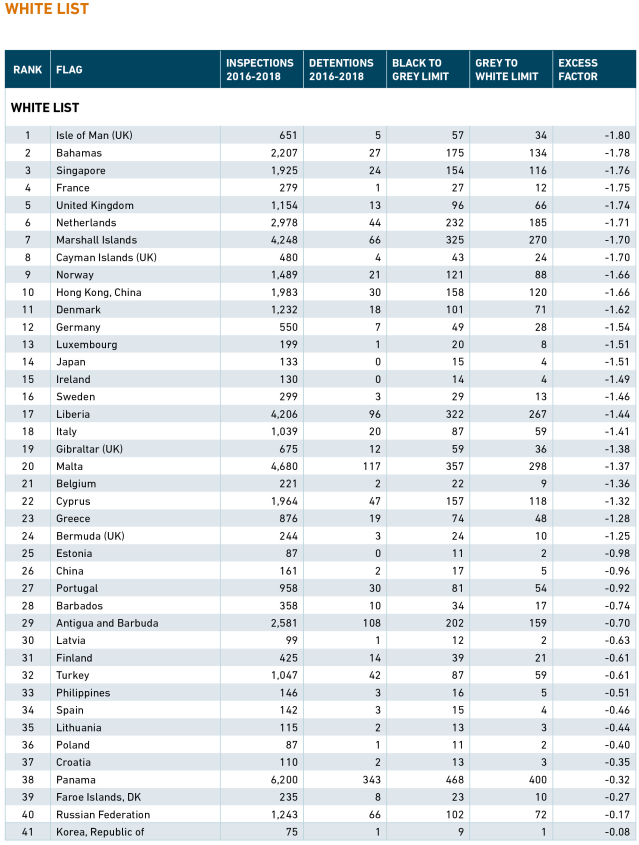 The Grey list includes flags with an average performance. Their presence on this list may be an incentive to improve and move to the White List. In the meantime, flags at the lower end of the Grey List should not to neglect control over their vessels and risk ending up on the Black List next year. 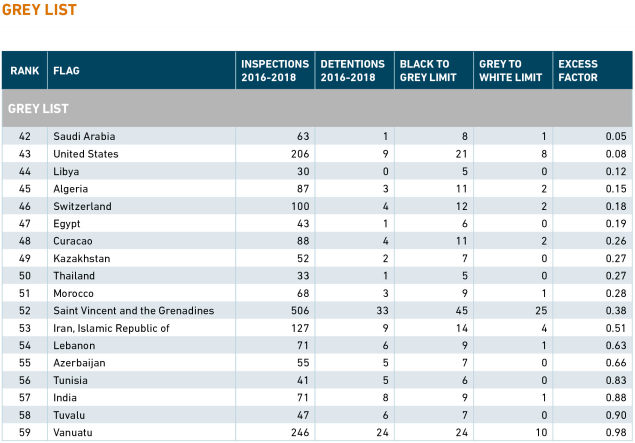 As for the Black list, the flag of Albania has dropped to it, while a new appearance on the list is Mongolia. 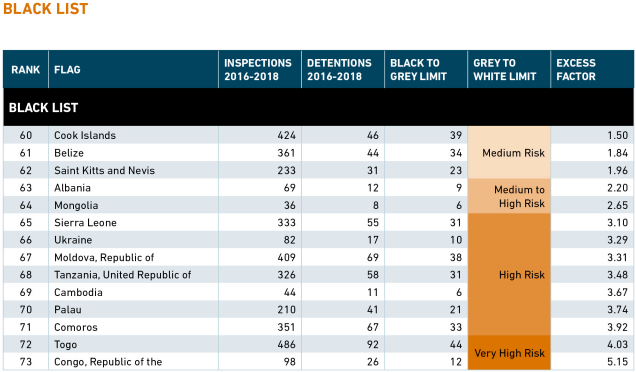 What is more, Paris MoU has been monitoring the performance of ROs acting on behalf of flags. To analyze the performance of the Recognized Organizations, the same formula to calculate the excess factor of the flags is used. At least 60 inspections per RO are needed before the performance is taken into consideration for the list.

In 2018 32 ROs were recorded on the performance list. In comparison to 2017’s performance level, the level of RO performance is similar, with 4 ROs in the very low performing parts. Namely:

As for the best performing ROs, the top-5 form the following:

Moreover, when one or more detainable deficiencies are attributed to a Recognized Organization in accordance with the Paris MoU criteria, it is recorded 'RO responsible' and the RO is informed. Out of 566 detentions recorded in 2018, a total of 97 (17%) were considered RO related. In 2017, the same number was 14.3%. 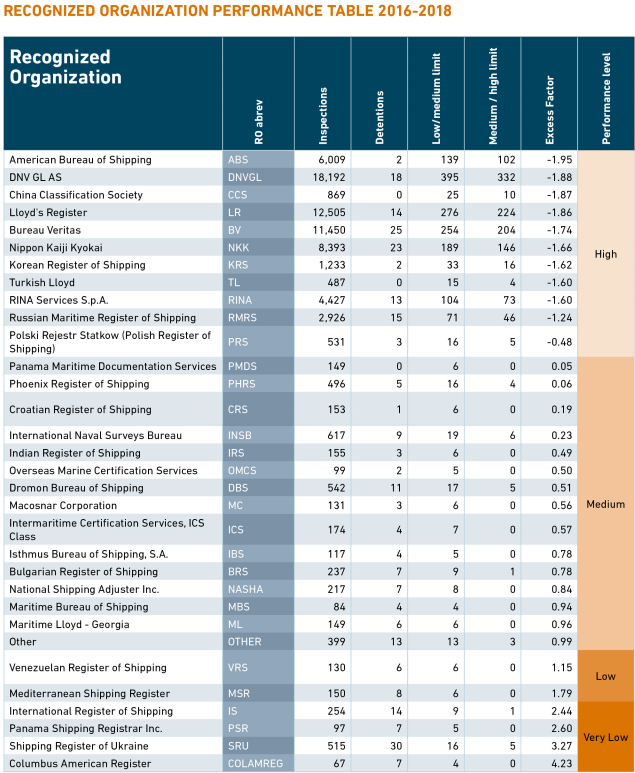 As from 1 July 2019 the performance lists will be used for calculating the Ship Risk Profile. 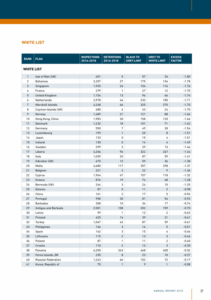