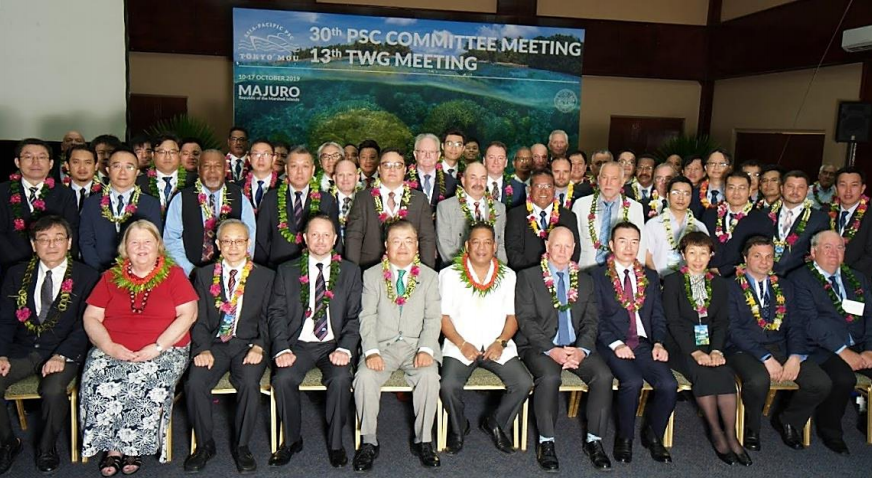 The Port State Control Committee, the governing body under the Memorandum of Understanding on Port State Control in the Asia-Pacific Region (Tokyo MoU), agreed to accept Panama as its 21st member Authority, during its 30th meeting that took place in Majuro, Marshall Islands, from 14 to 17 October 2019.

Having completed a three-year term as a Co-operating Member Authority, Panama applied for a full membership of the Tokyo MoU.

The Committee considered the application by Panama and the report of a fact finding mission, which confirmed full compliance with the qualitative membership criteria by Panama.

In accordance with provision of the Memorandum, the Committee unanimously agreed to accept Panama as the 21st member Authority.

The Committee considered and adopted amendments to the Memorandum relating to full membership of Panama.

Additionally, the Committee considered and revised the list of follow-up actions emanating from the Ministerial Declaration, “Safeguard Responsible and Sustainable Shipping” adopted at the Third Joint Ministerial Conference of the Paris and Tokyo Memoranda on Port State Control, held in Vancouver, Canada, from 3 to 4 May 2017.

As part of this consideration, the Committee discussed advisory information as part of an education campaign aimed at preventing marine casualties caused by cargoes.

The meeting also examined draft guidelines on the inspection of ships covered under SOLAS Chapter I Regulation 4 aim at assisting Flag States in acting to ensure the safety of ships flying its flag.

Notably, the Committee also considered and agreed to conduct a trial on remote follow-up inspection approach, through which PSCOs would be able to verify and close, without physically visiting the vessel, certain deficiencies in specific circumstances where such a mechanism can be used where there is appropriate and reliable evidence of rectification of deficiencies.

The exercise of such a mechanism will be solely at the discretion of the port State.