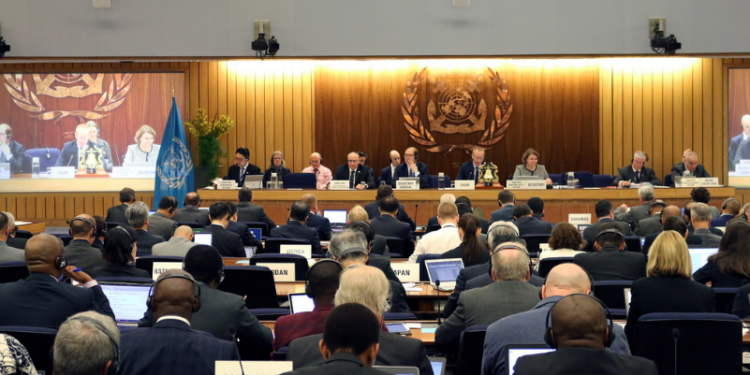 The 99th session of IMO’s Maritime Safety Committee concluded on 25 May marking new steps and reviewing older developments towards a safer shipping industry. Autonomous vessels, piracy and armed robbery against ships, the Arctic shipping safety, as well as the Global Maritime Distress and Safety System, were key topics on the agenda.

The Committee endorsed a framework for a regulatory scoping exercise, as work in progress, including preliminary definitions of Maritime Autonomous Surface Ships (MASS) and degrees of autonomy, as well as a methodology for conducting the exercise and a plan of work.

Following the confirmation by MSC 98 that 12 Recognized Organizations have demonstrated that their ship construction rules conform to the Goal-based ship construction standards for bulkers and oil tankers (GBS), the MSC was updated on the work regarding the second stage of assessing conformity, the maintenance of verification with IMO’s GBS, which considers new rules and rule changes introduced since the initial verification audit.

Following consideration by a working group, the Committee approved, in principle, a draft MSC resolution on Revised guidelines for verification of conformity with GBS Verification Guidelines, with a view to adoption at MSC 100. The MSC endorsed the view that the revised guidelines would require a periodical review, taking into account the experience gained in the auditing process over time.

As a first step,  the MSC instructed the SDC 6 to develop recommendatory safety measures for the following types of vessels when operating in polar waters: fishing vessels of 24 m in length and over ,with a view to alignment with the 2012 Cape Town Agreement; and pleasure yachts above 300 gross tonnage not engaged in trade.

The Committee agreed to establish a working group at MSC 100 to further consider how to move forward with developing mandatory and/or recommendatory measures for ships operating in polar waters but not currently covered by the Polar Code; and the involvement of the Sub-Committee on Navigation, Communications and Search and Rescue (NCSR) concerning communication and navigation requirements for such vessels.

Member States and interested international organizations were invited to submit proposals to the next session.

The MSC adopted new and amended ships’ routeing measures in the Bering Sea and Bering Strait, to reduce the risks of incidents – the first measures adopted by IMO for the Arctic region where the Polar Code applies. Also adopted were a traffic separation scheme and other routeing measures In Dangan Channel (China) and In the vicinity of Kattegat (Denmark and Sweden) and an area to be avoided Off the coast of Ghana in the Atlantic Ocean (Ghana).

MSC received an update on incidents of piracy and armed robbery against ships and stressed that the diligent application of IMO guidance and best management practices worked and should be continued. IMO received reports of 203 incidents worldwide in 2017, the lowest for over 20 years, confirming the current downward year on year trend, with a reduction of about 8% at the global level.

With respect to Somali piracy, the Committee noted that it had been suppressed, but not eradicated, with six incidents reported in 2017. So far, in 2018 there had been two reported incidents of attempted piracy (Leopard Sun on 22 February 2018 and Kriti Spirit on 31 March 2018),

The MSC also noted that, in response to the threats and recent incidents arising from the conflict in Yemen, such as sea mines and waterborne improvised explosive devices, the Combined Maritime Forces, ICS, BIMCO and INTERTANKO had published interim guidance on maritime security in the southern Red Sea and Bab al-Mandeb.

MSC agreed that Iridium Satellite LLC had satisfied the established criteria to receive recognition as a mobile satellite communication service provider in GMDSS and adopted a Statement of Recognition of the Maritime Mobile Satellite Services provided by Iridium.

The International Mobile Satellite Organization was invited to monitor the implementation of the Iridium services and report to the Committee when the Public Services Agreement with Iridium had been concluded and the Letter of Compliance issued.

The MSC adopted, inter-alia, amendments to the following instruments:

Amendments to SOLAS regulations II-1/1 and II-1/8-1, concerning computerized stability support for the master in case of flooding for existing passenger ships. The amendments are expected to enter into force on 1 January 2020.

–>Chapter IV of SOLAS, and the appendix to the annex to the 1974 SOLAS Convention, and consequential amendments to HSC and SPS Codes

Amendments to chapter IV of SOLAS, and the appendix to the annex to the 1974 SOLAS Convention, replacing all references to “Inmarsat” with references to a “recognized mobile satellite service” and consequential amendments to the 1994 HSC Code, the 2000 HSC Code and the 2008 SPS Code. The amendments are expected to enter into force on 1 January 2020.

Amendments to update the IMDG Code (Amendment 39-18) in line with the latest recommendations from UN Recommendations on the Transport of Dangerous Goods, which sets the basic requirements for all transport modes. The amendments include new provisions regarding IMO type 9 tank, a set of new abbreviations for segregation groups and new special provisions for carriage of lithium batteries and for carriage of vehicles powered by flammable liquid or gas. The amendments are expected to enter into force on 1 January 2020, with Governments invited to apply them on a voluntary basis from 1 January 2019.

Amendments to annex 3 to the Code, concerning fire protection materials and required approval test methods for passenger ships and high speed craft. The amendments are expected to enter into force on 1 January 2020.

–>Model forms of Certificate of Fitness in various Codes

Amendments to the model forms of the Certificates of Fitness, clarifying the requirement for an approved loading and stability manual/booklet to be supplied to the ship, under the IBC Code, IGC Code, BCH Code, EGC Code, and GC Code. The amendments are expected to enter into force or take effect, as appropriate, on 1 January 2020.