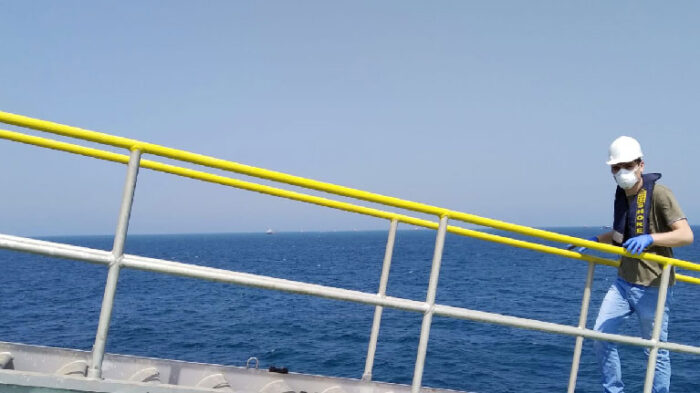 Over 150,000 seafarers trapped on ships due to COVID-19 must be released, ILO urges

The International Labour Organization (ILO) has called for urgent and coordinated action to release the 150,000 to 200,000 seafarers trapped on board ships around the world due to measures to contain the COVID-19 virus.

The ILO has urged governments, immigration, health and maritime authorities to recognize seafarers as ‘key workers’ who ensure the flow of trade and the movement of vital medical supplies, safety equipment, food and other critical goods during the pandemic.

Referring to the provisions of the Maritime Labour Convention, 2006 , the ILO has called on governments to adopt without delay all possible measures to enable crew changes and the repatriation of seafarers, while taking steps to minimize the risk of contagion.

Forcing exhausted seafarers to continue working more than four months beyond the end of their contract is unacceptable. This jeopardizes their health and endangers maritime safety. Action is needed now to ensure decent work for seafarers, avoid maritime accidents and environmental disasters. We call on governments to work together to make these crew changes happen in safety

Meanwhile, the restrictions on crew changes, brought in by countries to reduce the spread of COVID-19, have meant that seafarers waiting to return to sea have lost their income.

The call for key worker status for seafarers was underlined in a joint statement  issued on 22 May by the International Civil Aviation Organization (ICAO), International Maritime Organization (IMO) and the ILO. This would exempt crew from travel restrictions and facilitate their joining or leaving ships.

They highlighted the risks to the mental and physical health of crews trapped on board and expressed concerns about the most vulnerable potentially resorting to self-harm and even suicide.