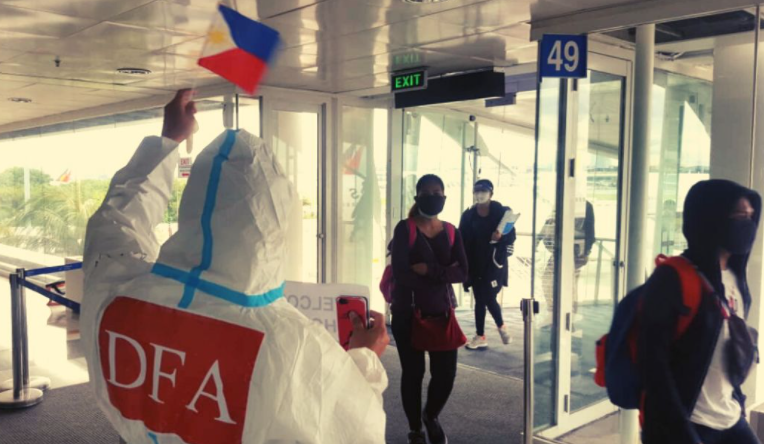 Following the COVID-19 pandemic situation, Department of Foreign Affairs (DFA) in Philippines informed that more than 10.300 returning overseas Filipinos have been infected by coronavirus.

From the beginning of the outbreak since middle November, about 10,333 returning overseas Filipinos including mostly land-based migrants (6,486) and seafarers (3,847), that were repatriated by the Department of Foreign Affairs (DFA), tested COVID-19 positive.

According to DOH’s Bureau of International Health Cooperation (BIHC), six of these returning overseas Filipinos lost their lives.

As of November 17, about 9,920 of these returning migrant Filipinos with COVID-19 have recovered, as BIHC Director Dr. Maria Soledad Antonio reported during a national migrant health online conference.

Until now, around 254,785 migrant workers, from 80 countries and 135 ships were repatriated through 55 chartered flights, Executive Director Iric Arribas of DFA’s Office for Migrant Workers Affairs stated.

Specifically, over 173,000 of these repatriated Filipinos are land-based migrant workers and over 81,000 are seafarers.

Concluding, Arribas said the DFA estimates over 111,000 Filipino workers abroad will be repatriated until the end of 2020.