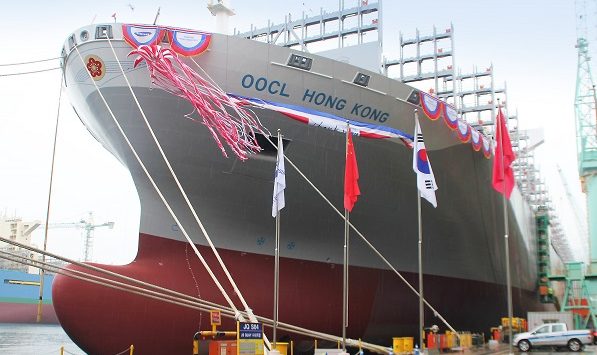 With a carrying capacity at 21,413 TEU and a length of approximately 400 meters, the vessel is the first in the world to cross the 21,000 TEU mark.

The last time that OOCL set the world record for the largest container ship was back in April 2003 with the OOCL Shenzhen, an 8,063 TEU vessel, also built at the SHI shipyard.