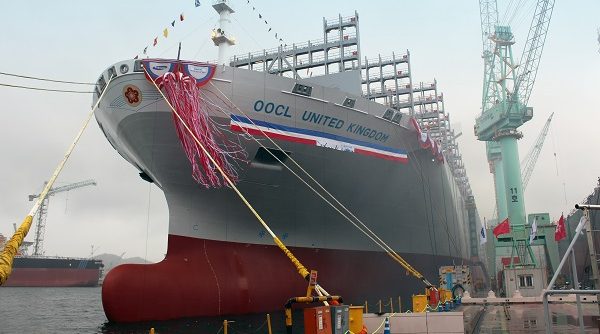 “Following our ‘M Class’ of 13,208 TEU vessels also built here at SHI, we are delighted to be adding these state-of-the-art titans at sea ‘G Class’ containerships into our fleet,” said Mr. Tung at the naming ceremony.

OOCL is also the owner of the world's largest boxship to date, the 21,413 TEU OOCL Hong Kong, a sister vessel of OOCL United Kingdom.

Together with her sister ships, the OOCL United Kingdom, as the largest containership in the world, follows the same port rotation to call Felixstowe as the first European port of call in her maiden voyage. 27 years ago in 1990, the 3,500 TEU OOCL Hope, the largest containership in the world at the time, also celebrated her first European port of call on her maiden voyage to Felixstowe.

The 400 meter long OOCL United Kingdom is six times larger or 600% greater in capacity, but only burns 60% more fuel per day. 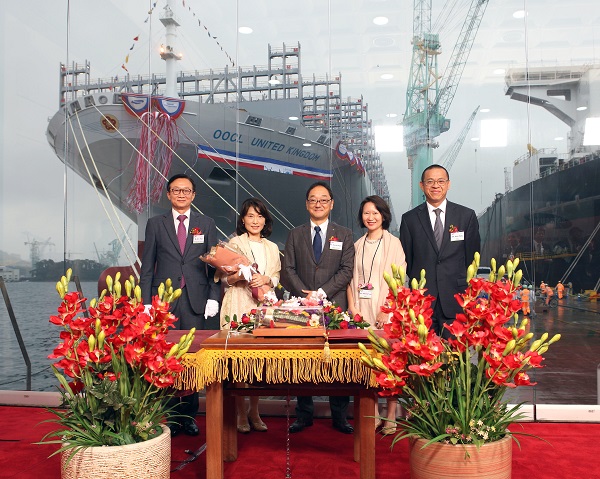