‘One Belt, One Road’ to reshape world shipping trade? 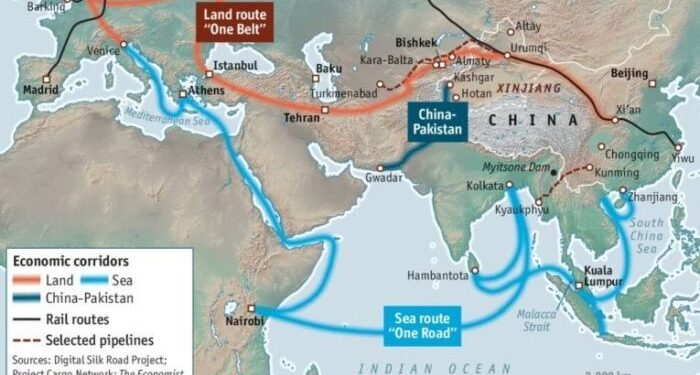 China is constantly inviting countries into cooperation on all fronts, infrastructure, trade, and joint investments aiming to a more efficient, green and sustainable transport through better logistic solutions. In particular, a master plan, the One Belt One Road initiative (OBOR), has been under development since 2013, in order to build trade and infrastructure networks, connecting Asia with Europe and Africa through the ancient Silk Road routes. But, what this initiative means five years later and why it’s so important, not only to port operators, but also to the wider freight industry supply chain?

The OBOR –  perhaps the world’s largest regional collaboration for many years – is actually a misleading term. There are two parts to this, the belt and the road. The belt is the physical road, the land transportation into Europe; ultimately reaching as far as Moscow, Rotterdam, and Venice. What is called the road, is the maritime Silk Road, in other words, shipping lanes connecting Asia with Europe and Africa. Specifically, as of 2017, the initiative covered more than 68 countries, equivalent to 65% of the world’s population and 40% of the global Gross domestic product (GDP).

China and Far East side

Just think about the aforesaid China’s superpower focusing mostly on the “road” part of the initiative! Chinese state banks invest billions of dollars into industries and port infrastructure across Eurasia and Africa continents on friendly terms, providing a few political and human rights requirements. Both state-owned and private firms offer competitive pricing, usually lower than EU, even than US companies. Bear in mind that, the Asian Country has outplaced the US as the top trade partner for Brazil, Peru, and Chile, being also Latin America’s number two commercial partner overall. But, on the other end of the spectrum, India said no to China’s OBOR. Why? Was India trying to convince the world that China’s plan may be colonial? Indeed, contrary to Europe, India may be the exception, referring to OBOR as a on one side project rather than a regional, multilateral one.

As far as Europe is concerned, the continent has taken advantage of the initiative to exchange goods and services by sea, helping regional development. Specifically, port acquisitions have been one of the clearest signs of Beijing’s plan to link China with Europe by sea. Spain, Italy, Greece and then Belgium; during the last couple of years, we have seen more and more EU ports acquired by Chinese firms, redrawing the map of global trade and political influence as well. We heard recently that the Asian country agreed with Italy to create a closer investment and trade ties through the OBOR. The two countries will collaborate in technological innovation in Internet Plus and other technologies. In the same spirit, in the last year several bilateral agreements were signed, including a cooperation between China and France.

All that said, port acquisitions or mergers by Chinese firms in countries that are part of the OBOR initiative are going upwards and would potentially have a substantial, positive impact on the shipping industry in general. Through this plan, China has managed to upgrade its manufacturing capabilities thus far and plans further investments in the coming years. However, it is of high importance to consider the lack of political trust between China and some of the parties as well as the fact that many security threats are remaining considerable obstacles.