One armed incident reported during 7-13 July 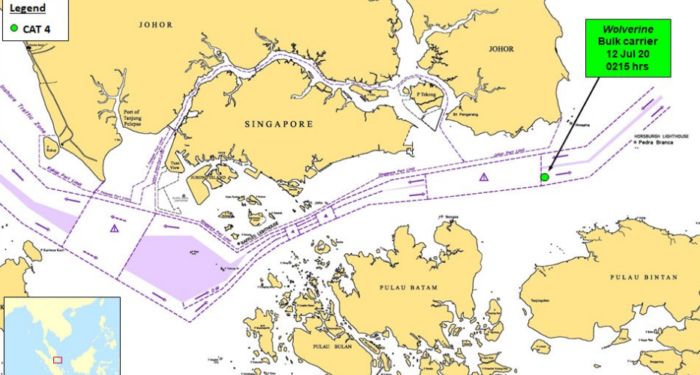 The weekly report of ReCAAP ISC, informs that during 7-13 July once incident of armed robbery against a vessel in Asia was reported.

Accordingly, the incident took place onboard the bulk carrier Wolverine while it was  underway in the eastbound lane of the Traffic Separation Scheme (TSS) in the Singapore Strait.

While the vessel was sailing towards Cam Pha in Vietnam, three perpetrators were observed in the engine room store. Consequently, the alarm was raised and the perpetrators escaped. All crew were mustered at the navigation bridge.

The crew onboard conducted a search and updated Singapore Vessel Traffic Information System at 0235 hours that some engine spare parts were stolen and no further sighting of the perpetrators on board.

Ship masters and crew are strongly urged to exercise extra vigilance when transiting the waters off Eastern Sabah and in the Sulu-Celebes Seas.