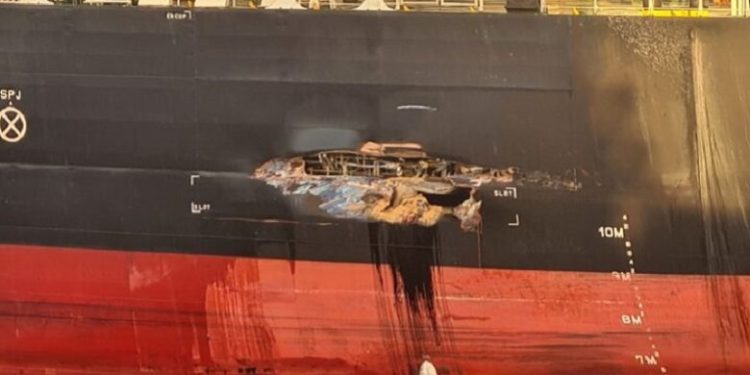 A product tanker collided with a fishing vessel off the Netherlands on September 29, and an oil spill was reported.

According to the Netherlands Coast Guard, the unnamed fishing boat hit the 35,000-dwt Golden Daisy near Ijmuiden.

After the collision, oil spilt into the sea due to the damage to the tanker. In addition, a wing tank had been damaged, while the tanker suffered a large gash in its hull 10 metres above the water line.

As a result, the vessel’s crew immediately started efforts to pump oil out of the tank to prevent a further leak.

Upon notified of the accident, an oil control vessel was deployed, as well as a Coast Guard aircraft, in order to assess whether the small amount of pollution can be controlled.

Now, maritime police and the country’s environment and transport inspectorate will investigate the collision.

As for the ships, the fishing vessel reached the harbour in Ijmuiden under its own power, while the Golden Daisy has remained at anchorage.

There were no reports of injury.