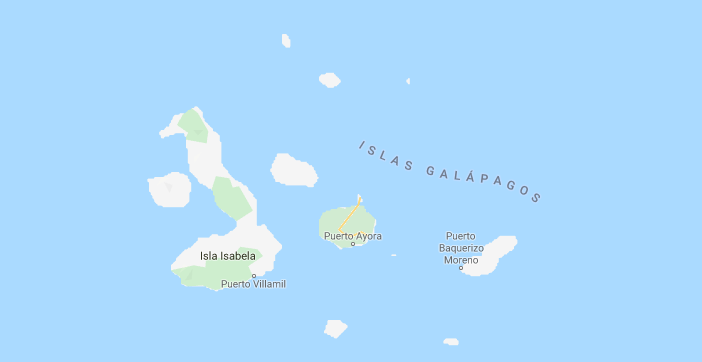 A situation involving a sunken barge in the Galapagos Islands which was carrying 600 gallons of diesel is under control but authorities are ‘very concerned’ about the vessel’s recovery, said Ecuador’s environment minister, Raul Ledesma.

The barge sank on 23 December, after a crane at the La Predial dock of San Cristobal, at the Galapagos archipelago, fell while unloading cargo, according to data by Ecuador’s navy as cited by Reuters.

The crane was taking off a container holding an electricity generator when it fell into the vessel, causing it to sink. The sunken generator caused the oil seen in the water, Ladesma explained.

The fuel was used to power the vessel and was not cargo, he clarified to Reuters.

Located around 1,000 kilometers from mainland Ecuador in the middle of the Pacific, the Galapagos Islands are home to a variety of flora and fauna that famously helped inspire Charles Darwin’s theory of evolution following his visit in 1835.

The islands, included on the world heritage list of UNESCO, were labeled as at risk in 2007 in the wake of the pressures caused by population growth, fishing, and tourism, but the designation was removed in 2010 following work by Ecuador.

Local authorities have now placed barriers and hydrocarbon-absorbing cloths around the stricken vessel to prevent the dispersal of anything that might leak.

One person was injured in the incident, said the attorney general’s office, which has initiated an investigation.

We are very concerned about the recovery work of the tanks because there could be a potential spill if it is not done efficiently and swiftly,