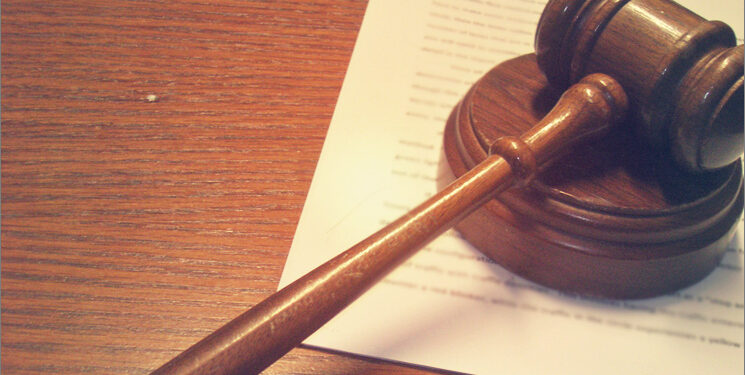 Under a settlement agreement with the United States, ATP Infrastructure Partners, LP (ATP-IP) will pay a $1 million civil penalty and perform corrective measures to resolve claims by the U.S. under the Clean Water Act and the Outer Continental Shelf Lands Act (OCSLA) of unauthorized discharges of oil and chemicals from an oil platform into the Gulf of Mexico, announced the U.S. Environmental Protection Agency (EPA), the Department of Justice, and the Department of the Interior’s Bureau of Safety and Environmental Enforcement (BSEE). This is the first joint judicial enforcement action involving EPA and BSEE claims in response to alleged violations of both the Clean Water Act and OCSLA.

The United States’ complaint, which was filed in February 2013, in the U.S. District Court for the Eastern District of Louisiana, alleges that oil and an unauthorized chemical dispersant were discharged into the Gulf of Mexico from ATP-IP’s oil and gas production platform known as the ATP Innovator. A BSEE inspection of the ATP Innovator in 2012 revealed alleged unlawful discharges of oil and a piping configuration that routed an unpermitted chemical dispersant into the facility’s wastewater discharge pipe to mask excess oil being discharged into the ocean. At the time of the discovery, ATP Oil & Gas Corporation (ATP) was the operator of the facility, and ATP-IP was, and remains, the owner. The ATP Innovator was operating in the Mississippi Canyon, approximately 45 nautical miles offshore of southeastern Louisiana. Earlier this year, the ATP Innovator was removed from the deepwater production site and towed to port in Corpus Christi.

The United States filed suit against ATP and ATP-IP seeking Clean Water Act penalties and corrective measures under the Clean Water Act and OCSLA. ATP-IP’s motion to dismiss the claims against it and a related motion for appeal were both denied by the court in 2013. In addition to the penalty and corrective measures, ATP-IP will conduct enhanced reporting to address safety and environmental concerns. The Clean Water Act and OCSLA claims against ATP are not part of this settlement with ATP-IP and remain pending before the district court for future resolution.

“EPA and its federal partners are committed to ensuring that offshore energy production is done safely and responsibly,” said Cynthia Giles, assistant administrator for EPA’s Office of Enforcement and Compliance Assurance. “Discharging oil illegally can foul water, harm wildlife and is unfair to companies that follow the law. It is our obligation to protect local communities and companies playing by the rules.”

“The Justice Department is committed to protecting public health and marine ecosystems like the Gulf from unlawful and unsafe practices,” said Sam Hirsch, acting assistant attorney general for the Justice Department’s Environment and Natural Resources Division. “This joint enforcement action demonstrates our resolve to hold non-operating owners of oil production facilities and their operators accountable for unlawful discharges from their facilities, and will result in important steps to help prevent future unlawful discharges of oil and chemicals from the ATP facility.”

“Our mission is to ensure offshore operations are conducted safely and in accordance with federal regulations to protect workers and the environment,” said BSEE Director Brian Salerno. “When violations occur, we will exercise our full authority, and leverage the authorities of our sister agencies, to hold companies accountable. We appreciate the EPA’s and DOJ’s assistance in bringing these claims to resolution.”

Under the Clean Water Act it is illegal to discharge oil or hazardous substances into or upon waters of the contiguous zone or in connection with activities under OCSLA in quantities that may be harmful to the environment or public health or welfare. The penalty paid for these violations will be deposited in the federal Oil Spill Liability Trust Fund managed by the National Pollution Fund Center. The Oil Spill Liability Trust Fund is used to pay for federal response activities and to compensate for damages when there is a discharge or substantial threat of discharge of oil or hazardous substances.

Although ATP-IP took the Innovator out of operation earlier this year, it must perform corrective measures to ensure safe and lawful future operations. In particular, ATP-IP must remove and seal the connection on the wastewater discharge outfall pipe that was used to inject chemical dispersants, thereby permanently eliminating the access point for improperly injecting dispersants into the wastewater discharge pipe. Additionally, prior to any future use of the ATP Innovator for exploration, development or production activities in U.S. waters, ATP-IP will have to certify to EPA, BSEE and DOJ:

As a further safeguard, ATP-IP will be required to have the ATP Innovator’s wastewater treatment operations and surface production-safety systems independently audited for Clean Water Act and OCSLA compliance if the facility is used or leased in the future by ATP-IP or a related entity.

In the start, I was frank with you propecia before and after has changed my life. It has become much more fun, and now I have to run. Just as it is fabulous to sit.