Officer loses life during attempt to read draft marks, after being denied access to pier 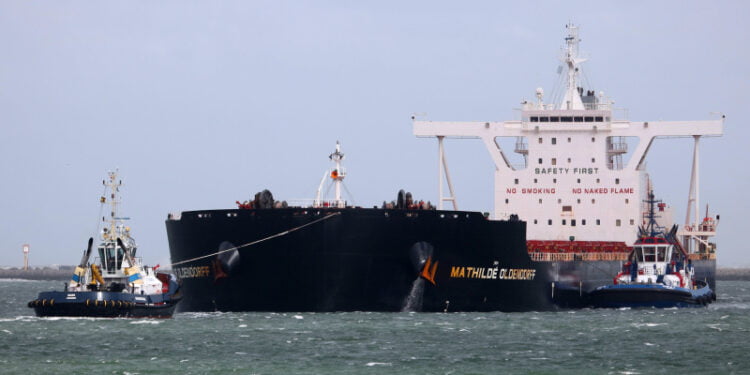 COVID-19 restrictions on movement led to the death of a ship’s officer at the port of Tianjin on January 29, according to a Turkish maritime industry association.

Namely, the bulker Mathilde Oldendorff was moored alongside the Yuanhang Ore Terminal in Tianjin. The first officer went to read the draft marks on the stern.

However, he was not allowed to come down the gangway and read the marks from the pier, due to China’s strict restrictions on COVID-19 quarantine.

Instead, he rigged a pilot ladder from the rail and climbed over the side to read the marks. Unfortunately, he slipped in the process and fell 30 feet on to the concrete pier, according to Hurriyet.

Despite medical attention, he did not survive, and his body will be repatriated to Turkey once official procedures have been completed.

Providing a comment on the fata accident, the Turkish Maritime Federation said that the officer’s death has deeply saddened the nation’s maritime community, explaining that “because the port authorities would not allowed him to go on shore, he fell from the ladder and has died.”

The organization also added that the restrictions at Tianjin were just the latest example of a pattern of stringent limits on the movements of seafarers, which have peaked with the COVID-19 pandemic.

Seafarers working on ships that stay in the port for a short time after long voyages have been deprived of even the right to access health services, which is one of the human rights

The federation concluded that it would collaborate with international institutions to establish binding rules to “put an end to the inhumane practices” of preventing seafarers from coming ashore.