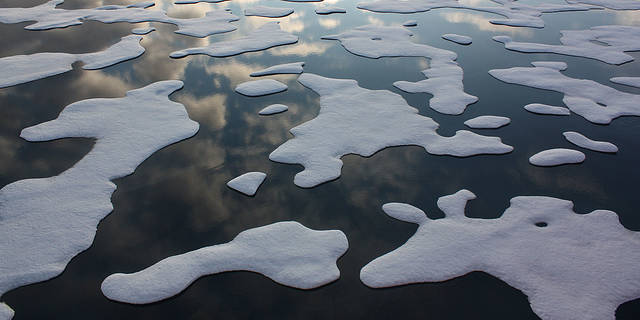 In fact, scientists used 12 years of satellite data and measured how the circular current, named as “Beaufort Gyre”, has precariously balanced an influx of unprecedented amounts of cold, freshwater, which can change the current in the Atlantic Ocean and impact the climate of Western Europe, by cooling the temperatures.

As the Beaufort Gyre has accumulated a large amount of fresh water, a study issued by Nature Communications showed that the main cause of this freshwater gain, is the loss of sea ice in summer and autumn.

Meaning that this decades long-decline of the Arctic’s summertime sea ice cover, led the Beaufort Gyre exposed to the wind, which spins the gyre faster and traps the fresh water in its current.

If the Beaufort Gyre were to release the excess fresh water into the Atlantic Ocean, it could potentially slow down its circulation. And that would have hemisphere-wide implications for the climate, especially in Western Europe.

As the scientists further reported, it is not expected a shutting down of the Gulf Stream, but they are expected impacts. That is why they will keep monitoring the Beaufort Gyre closely.

In light of the situation, a recent study by the US University of California (UCLA) climate scientists, showed that human-caused climate change is on track to make the Arctic Ocean functionally ice-free for part of each year starting sometime between 2044 and 2067.