NYK Line informed that Frontier Jacaranda, a bulk carrier operated by NYK Bulkship (Atlantic) NV., has rescued a yachtsman that was distressed on January 18 in the North Atlantic. According to information, the person is safe.

While Frontier Jacaranda was navigating for Rotterdam, Netherlands, it received a call from the UK’s Maritime Rescue Coordination Centre. The ship immediately headed to the instructed area and rescued a British yachtsman.

The individual was in good health and delivered to the Joint Rescue Coordination Centre (JRCC) of the Republic of Cabo Verde on January 20. 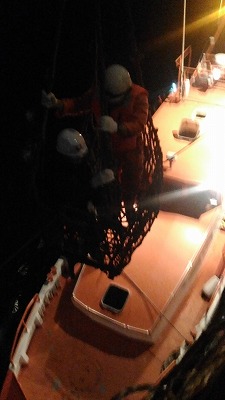 This is not the first that a NYK ship saves someone in distress. In May 2018, a NYK Lines LNG carrier, "Marvel Falcon", offered humanitarian assistance to four sailors who had requested rescue, on May 13.

The LNG carrier was en route from the port of Balboa, Panama, to the Sabine Pass LNG terminal in the US when the small boat was found.

The rescued sailors had left from Port Limon, Costa Rica, on May 7 to deliver fuel to another boat. However, they experienced engine trouble on May 8 and as a result they drifted at sea for the next few days.

The four sailors were in good health, and on May 18 they disembarked from the LNG carrier Marvel Falcon at Sabine Pass to be processed by relevant authorities.