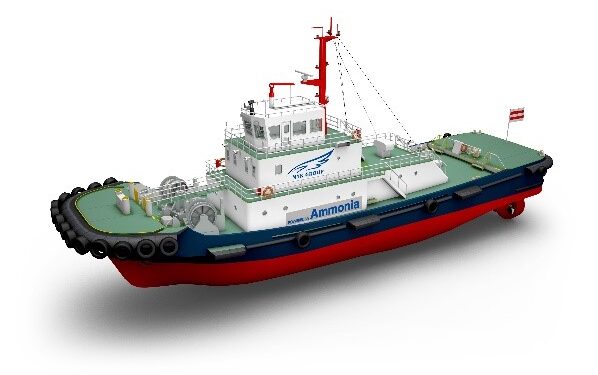 As part of the Green Innovation Fund, the demonstration project, which is scheduled to begin in December, aims to use ammonia as fuel to significantly reduce greenhouse gas (GHG) emissions during voyages and thus introduce an ammonia-fueled vessel for the good of society earlier than 2030.

Under the agreement, the three companies will eventually work toward the goal of achieving zero emissions from ships in the future.

In order to achieve these goals, marine engine manufacturers, shipyards, class societies, and shipping companies in Japan will work together to consistently cooperate from the research and development stage to engine development, shipbuilding, and commercialization.

To remind, reducing GHG emissions is also an urgent issue in the shipping industry, and research and development is being conducted to convert marine fuel from conventional heavy fuel oil to liquefied natural gas (LNG) and to popularize next-generation zero-emission fuels such as hydrogen and ammonia.

Ammonia does not emit carbon dioxide (CO2) even when burned, so it is expected to be a next-generation fuel that contributes to global warming countermeasures. Furthermore, it is said that by utilizing CO2-free hydrogen for hydrogen, which is the raw material for ammonia, it is possible to achieve zero emissions in consideration of the fuel life cycle.