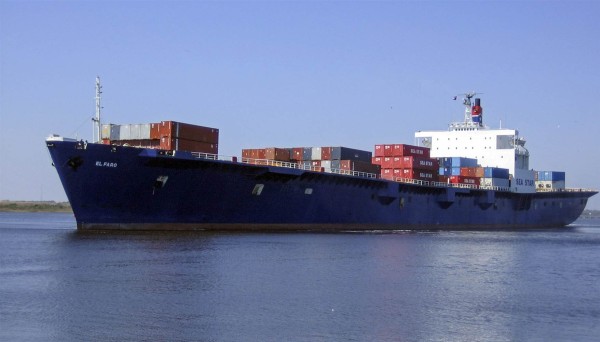 The US National Transportation Safety Board (NTSB) released Wednesday its full report on the sinking of the ‘El Faro’ cargo ship in October 2015, the deadliest shipping disaster involving a US-flagged vessel in more than 30 years, confirming that the tragedy was attributable to the captain’s insufficient action.

The 790-foot, cargo vessel, S.S. El Faro, en route from Jacksonville, Florida, to San Juan, Puerto Rico, sank on 1 October 2015, in the Atlantic Ocean during Hurricane Joaquin, taking the lives of all 33 aboard.

The US Coast Guard also released its Final Action Memo on El Faro in late December, approving the findings of the Marine Board of Investigation, concluding that the main cause of the casualty was the decision to navigate El Faro too close to the path of Hurricane Joaquin.

NTSB advised USCG, among others, to revise regulations to increase the minimum required propulsion and critical athwartships machinery angles of inclination, to propose to IMO to require that all watertight access doors and access hatch covers normally closed at sea, that new cargo vessels be equipped and retrofitted with bilge high-level alarms in all cargo holds, and that all cargo ships have damage control plans and booklets onboard that meet current standards. USCG was also recommended to publish policy guidance to approved maritime training schools offering management-level training in advanced meteorology.

The NTSB made additional safety recommendations to the Federal Communications Commission, NOAA, IACS, ABS, and Furuno. 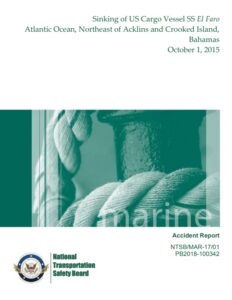