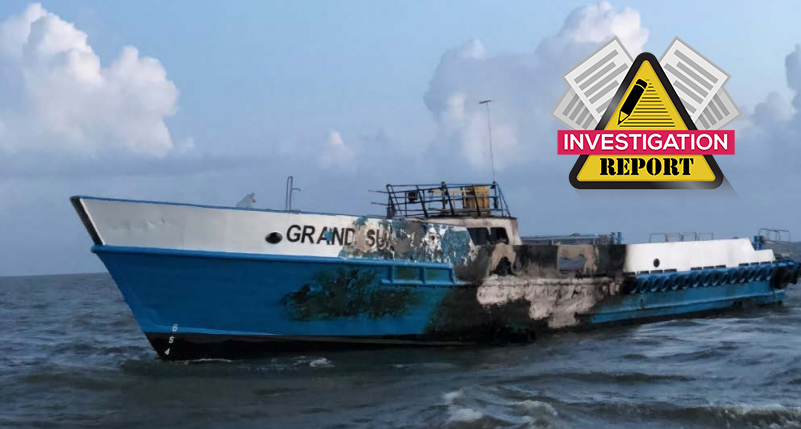 The US NTSB issued an investigation report on the explosion and fire onboard the offshore supply vessel 'Grand Sun' while in the Gulf of Mexico, in October 2018. The report identified overheating of electrical wiring, associated with a chest freezer or the receptacle powering it, as key cause of the accident.

On 8 October 2018, about 0215 local time, the offshore supply vessel Grand Sun was transiting the Chandeleur Sound in the Gulf of Mexico, about 15 miles from the Chandeleur Islands, Louisiana, when the vessel caught on fire.

The four crew members aboard attempted to fight the fire but were unsuccessful.

They remained on the stern of the vessel until they were rescued by the US Coast Guard.

The fire burned itself out, and the vessel was later towed to port.

No pollution or injuries were reported. The vessel, valued at $1.6 million, was deemed a constructive total loss.

NTSB determines that the probable cause of the fire on the Grand Sun was the overheating of electrical wiring associated with a chest freezer or the receptacle powering it, which was located in an accommodation space.

Contributing to the extent of the fire damage was the substantial use of combustible wood paneling and drapery throughout the accommodation spaces.

Based on the fire investigator’s examination and report, the likely origin of the fire was the overheating of electrical wiring either in the chest freezer or in the bulkhead at the receptacle powering it.

The watch smelled an odor related to the fire and completed four rounds of the vessel over a 15-minute period to find its source; however, by the time the crew identified the location of the smell, the work vests were on fire.

The crew attempted to extinguish the fire, but they were hindered by heavy smoke.

The fire and smoke spread rapidly to the wheelhouse above the passenger compartment, which prevented the second captain from making a mayday call via the vessel’s radio.

The combustible materials in the upper passenger compartment, including the wood paneling, window curtains, and passenger lifejackets stowed overhead, allowed the fire to rapidly expand, consuming the superstructure and the accommodation spaces below the main deck.

The fire damage caused the vessel to lose electrical power and then the fire pumps supplying the water hoses shortly after the crew began fighting the fire.

The crew attempted to reach the fire extinguishers, but they were inaccessible due to the intense heat.

Since there were no other accessible fire pumps aboard, the crew was unable to effectively fight the fire and was forced to retreat to the stern of the vessel. 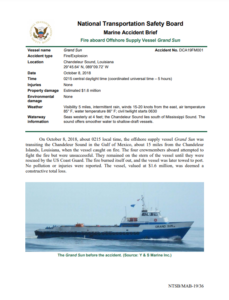