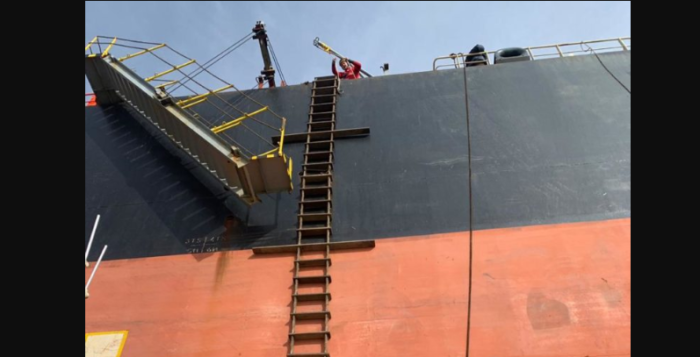 The South African National Sea Rescue Institute (NSRI) reported of a Filipino seafarer that was medivaced off a bulk carrier suffering a dislocated shoulder. The rescue operation took place on Saturday, May 4 in Table Bay, off Cape Town.

The sea rescue craft Spirit of Vodacom and Spirit of the Day came along with 2 WC Government Health EMS rescue paramedics and rendezvoused with the ship at Anchorage 2 in Table Bay.

The sea conditions were rough. However, two NSRI rescue swimmers and an EMS rescue paramedic were transferred onto the ship using the Pilots ladder. 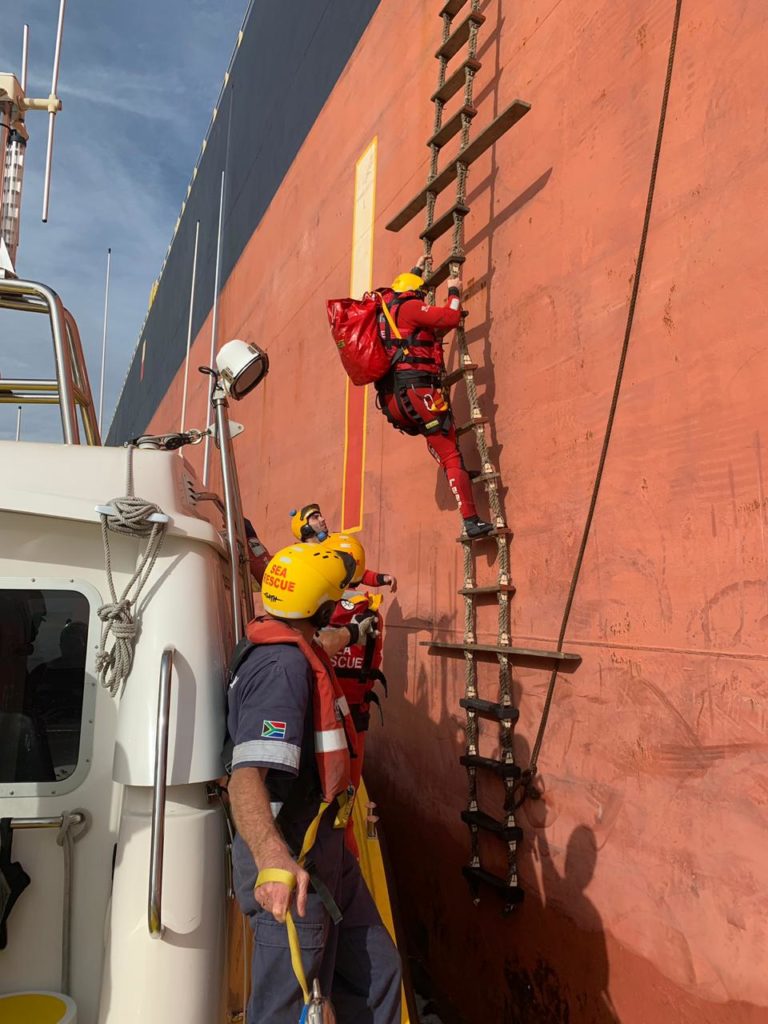 Concerning the injured seafarer, he's a 45 year old Filipino sailor. He was found to be walking wounded and the EMS rescue paramedic secured his left arm into a sling guarding his dislocated left shoulder. He reportedly sustained the injury in rolling seas which caused him to fall with the force of his body weight onto his left shoulder.

Concluding, NSRI further noted that the patient was brought to its sea rescue station before being transported to hospital for further care.