by The Editorial Team
in Emissions, Ports, Shipping 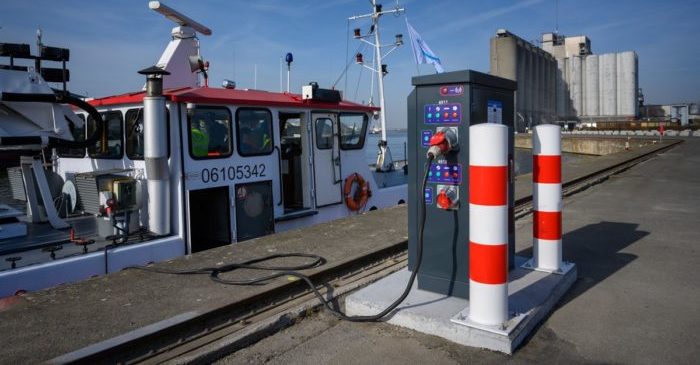 Two more shore-based power units will be installed in Terneuzen in March, at the recently renovated Beurtvaartkade. One will serve inland waterway vessels, and the other can also be used by river cruise ships. This means that by the end of the spring, North Sea Port will have 23 shore-based power units, which will offer 80 connection points.

The shore-side power units enable inland waterway vessels to shut down their diesel engines and receive electricity from the shore instead. With this, the vessel is ensuring better air quality in the port and the surrounding areas, as well as reduction in CO2, dust emissions, and noise.

In addition, the North Sea Port has also joined CLINSH (Clean Inland Shipping). Partners from the Netherlands, Belgium, Germany and the United Kingdom are cooperating to improve air quality in urban areas by cutting air emissions in inland waterway shipping.