NOAA: November 2018 the 5th hottest ever for the globe

Although it was not as warm as October, November 2018 ranked as the fifth hottest November on record, with the year to date coming in as fourth hottest for planet Earth, according to scientists with NOAA’s National Centers for Environmental Information. 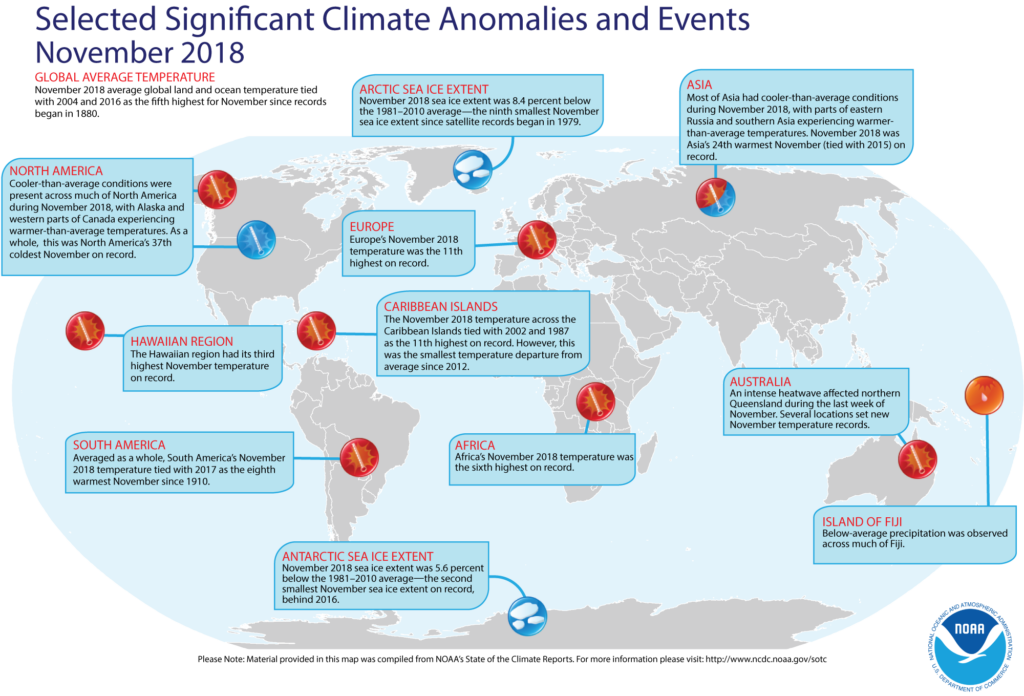